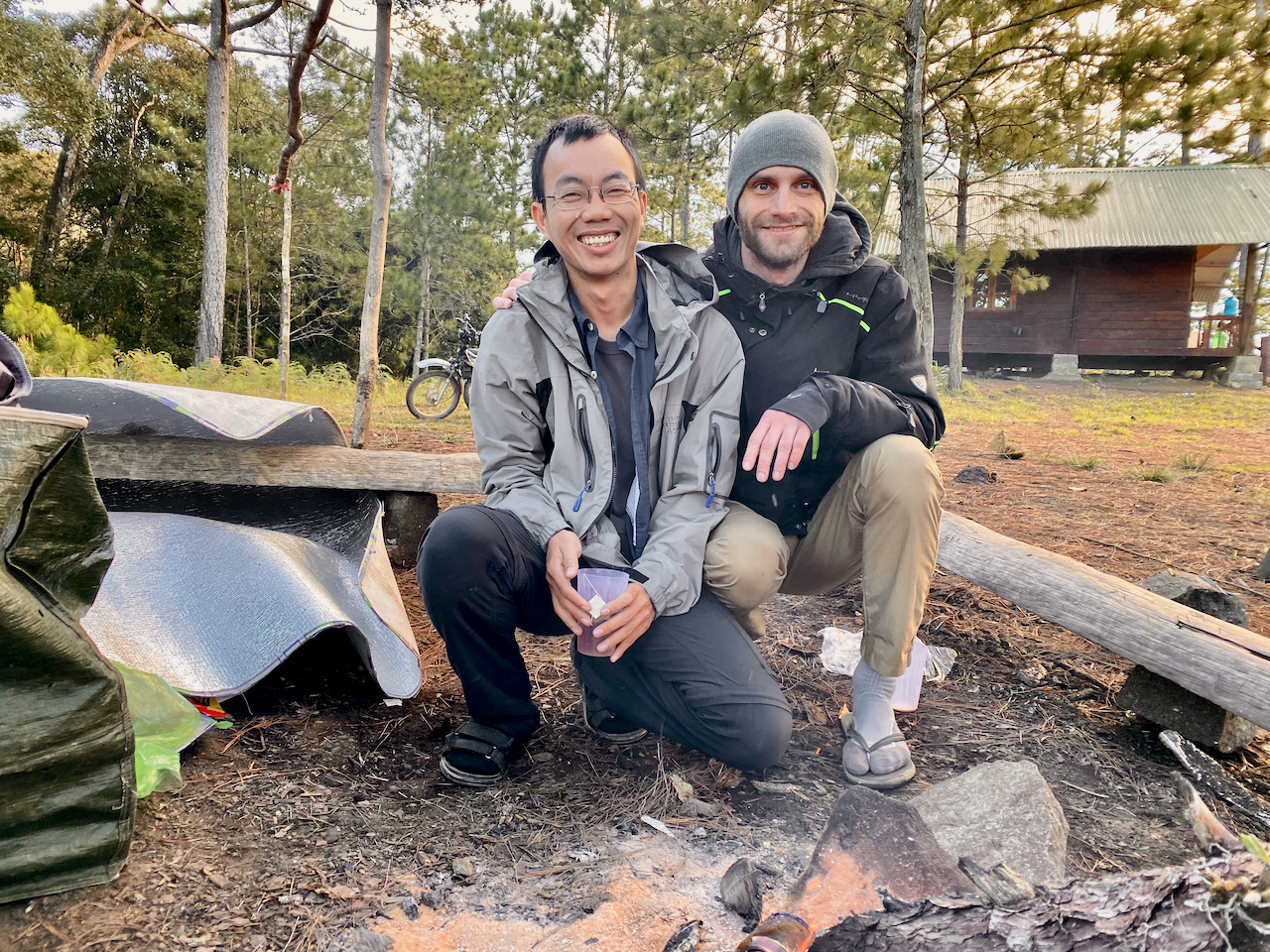 There’s no border in the conservation of Vietnam’s Truong Son Mountains: expert

A U.S. expert on species conservation spoke with Tuoi Tre Weekly magazine in January about issues relating to Vietnam’s biodiversity, stressing the importance of not allowing national borders to define where nature will and will not be protected, and the conservation of the Truong Son Moutain Range as a responsibility that rests on the shoulders of stakeholders both inside and outside Vietnam.

Andrew Tilker, the Asian species officer at Re:wild, a non-for-profit organization which operates in Vietnam, is one of just a handful of Western scientists who have spent years in the Truong Son Mountains, which stretch from Vietnam’s northern provinces to Lam Dong Province in the Central Highlands.

With a focus on the conservation of rare and endangered species in Southeast Asia, Tilker works in both conservation and research, and has contributed to a number of significant discoveries related to Vietnamese fauna over the last ten years.

Among the living treasures of the Truong Son Range, which animal impresses you the most?

The striped rabbit is special to me because it is a species that I have really focused on throughout my career. When I started my PhD research, one of my goals was to learn more about the species and see if we could use that knowledge in conservation. We have done surveys in several parts of Vietnam and Laos, and we found that the species is likely to have declined sharply from historic levels.

Because of that, we were able to list the species as “Endangered” on the red list of threatened species of the International Union for Conservation of Nature (IUCN). That listing, and the insight that the species is so rare, really changed the way that we think about its conservation. The plan to save the striped rabbits is now taking place in nature through the establishment of protective areas and the conservation of a breeding population.

That is just one example of how this larger body of work led to an assessment of how rare [the striped rabbit] is. It helped identify exactly what we should be doing to stop it from extinction.

I got to see the rabbits in real life, which none of us ever expected would happen. Coming face-to-face with an animal that is so secretive and so rare was the most memorable experience I have had in Vietnam.

For an animal that hides so well and is so secretive that very few people can find it, would life be easier without humans?

The [striped] rabbits are highly threatened everywhere because of snaring, which is common across Vietnam. There are hundreds of thousands of snares in protected areas. They threaten all animals, including the rabbits. Being rare and secretive does not save them from snares.

When the discovery of a rare animal is announced, how should we counteract poaching?

I think that scientists and conservationists have to be very careful about announcing the discovery of any rare or special findings. There are documented cases of scientists announcing the discovery of rare reptiles, for example, which led to their populations coming under enormous pressure because people went into the forest to look for those rare reptiles.

My colleagues and I had this exact discussion not very long ago about the cheo cheo [Chevrotain]. We wanted to follow up on its rediscovery with actual conservation action but, to do that, we needed to raise money, and it is very difficult to raise money for a secret. It was a very difficult situation.

We try to compromise by saying that we scientifically rediscovered this rare species, and we really need to protect it, but we're not going to say where it is.

After you publish new findings, what happens next?

There are two important things we can provide to conservationists. First, we can do distribution modeling to get a better idea of where species are in a large landscape. When we know where these places are most likely to be, we can better protect those areas, such as through intensive trap removal. Secondly, we establish a population baseline to monitor the population over time and see if our conservation efforts are actually working.

What are your recommendations to improve conservation work in Vietnam?

In my experience, Vietnamese protective areas have done an excellent job of stopping illegal logging. Almost anywhere I go in Vietnam, illegal logging is taken very seriously. That same political motivation does not apply to snaring and trapping. I think that shift also needs to happen.

Outside of actual protective areas, there is a whole suite of activities that needs to be done, especially in major urban areas like Ho Chi Minh City. As long as there are people in cities willing to pay money for wild meat, there will always be a demand, and there will always be pressure on forests.

What first brought you to Vietnam?

E. O. Wilson was a famous American scientist, and he wrote something that really stuck in my mind. He said that for a young scientist just starting out, you should try to go to the places where not a lot of people are working. And the more I read up about the biodiversity of Vietnam, the more I realized how special it was, and the more shocked I was that there weren't so many people, at least from the Western world, working here. It seemed like a new frontier.

There is an opinion that only rich countries can afford to worry about conservation. What do you think about that?

I see why people think that. My perspective is that we can draw lines on the map to separate this country from that country but, ultimately, we’re all on a single planet, a single home, and we only have one home. We have to protect its biodiversity. We have to protect nature everywhere. That includes places like Germany and the U.S., Vietnam and Cambodia. I don’t think humanity has the luxury of putting off fighting for the biodiversity crisis.

Thank you very much.