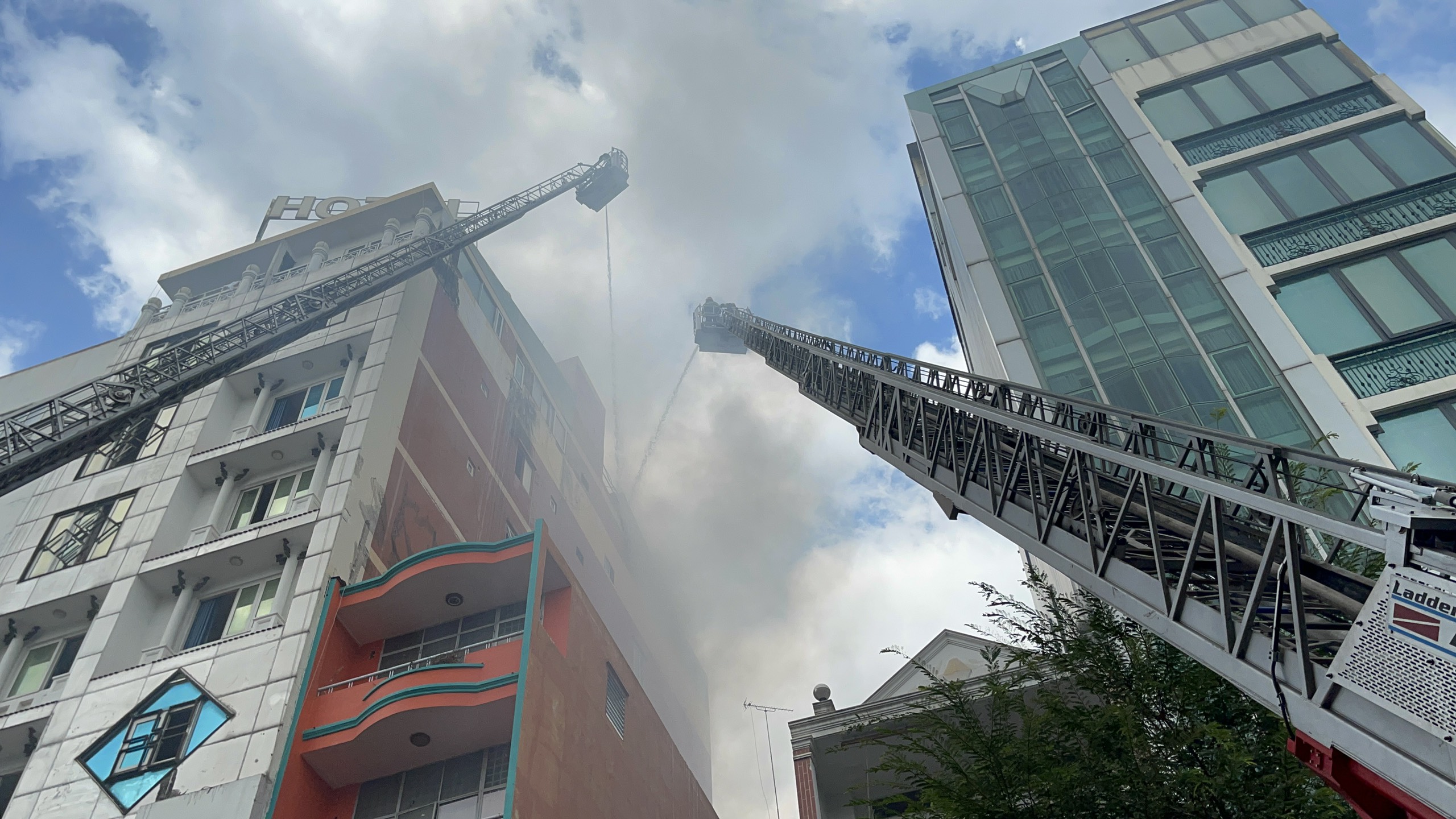 Firefighters were able to rescue three people after a fire broke out at a hotel in District 1, Ho Chi Minh City on Monday afternoon.

As the high location of the flames was beyond local firefighting capabilities, three people were trapped on the eighth floor of the hotel and cried for help.

Firefighters arrived shortly after and managed to put out the fire at 2:40 pm on the same day, preventing it from spreading to adjacent houses.

The rescuers used a ladder truck to take the three people stuck on the eighth floor down to the ground.

Local authorities are assessing the damage and coordinating an investigation into the cause of the blaze.