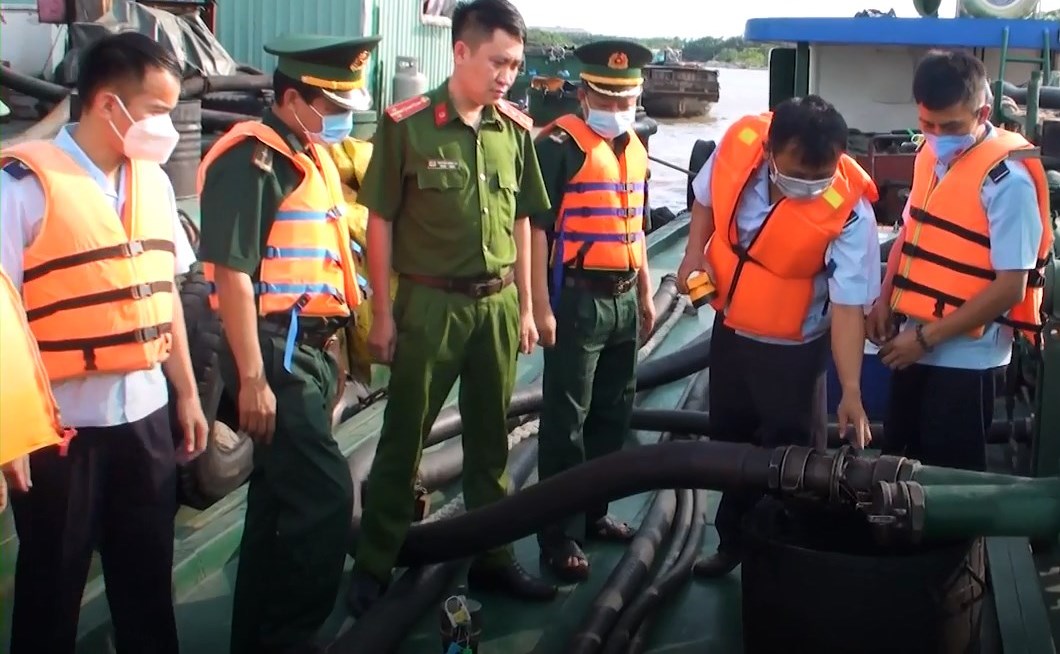 The officers examined two ships and one barge belonging to Phuc Tho Petroleum Transport and Trade Company and discovered almost 500 metric tons of fuel oil and diesel oil.

The firm was unable to present papers proving the origin of the oil, invoices, and other related documents.

Police determined that Phuc Tho Company had violated regulations on petroleum business operations and that their activities showed signs of smuggling.