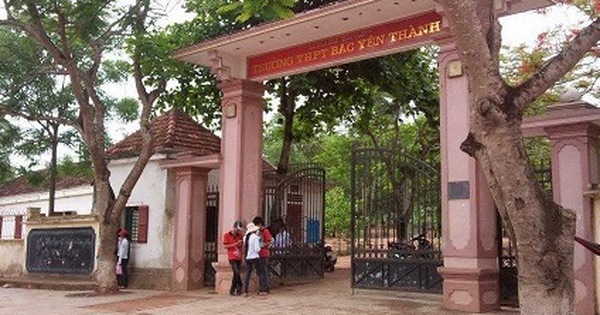 A high school teacher from Nghe An Province, north-central Vietnam has been suspended after he slapped a tenth grader for refusing to hand over his phone during class, which caused the student to suffer a ruptured eardrum.

The board of Bac Yen Thanh High School, located in the namesake district, has suspended Ho Van Lich, a teacher at the school, for 15 days following the incident, the Vietnam News Agency quoted Nguyen Trong Hoan, an official from the provincial Department of Education and Training, as saying on Friday.

On Tuesday morning, Nguyen Thi Huong was teaching history at class 10D3 when she caught one of the students – Ha Danh Phu – using his phone without permission.

Huong required Phu to hand over his device, but the student disobeyed her.

Huong later asked Lich, head of the school’s security and order department, to handle the situation.

The student was taken to the hospital by his family for a check-up on the afternoon of the same day and was diagnosed with a ruptured eardrum.

After the incident was reported to the school board, a working group from the school was tasked with coordinating with the family in dealing with the case.

The group took Phu to another hospital on the same evening, and the boy was also diagnosed with a ruptured eardrum, with no bleeding in the ear and no damage in other areas.

The school board decided to suspend Lich from April 28 to May 12, during which the board will further clarify the incident and work out a suitable disciplinary action.

“This is a lesson for all teachers in how they educate students, and similar incidents must be prevented in the education sector,” Hoan stated.

“Families should also cooperate with schools by advising their children to strictly comply with regulations in class.”