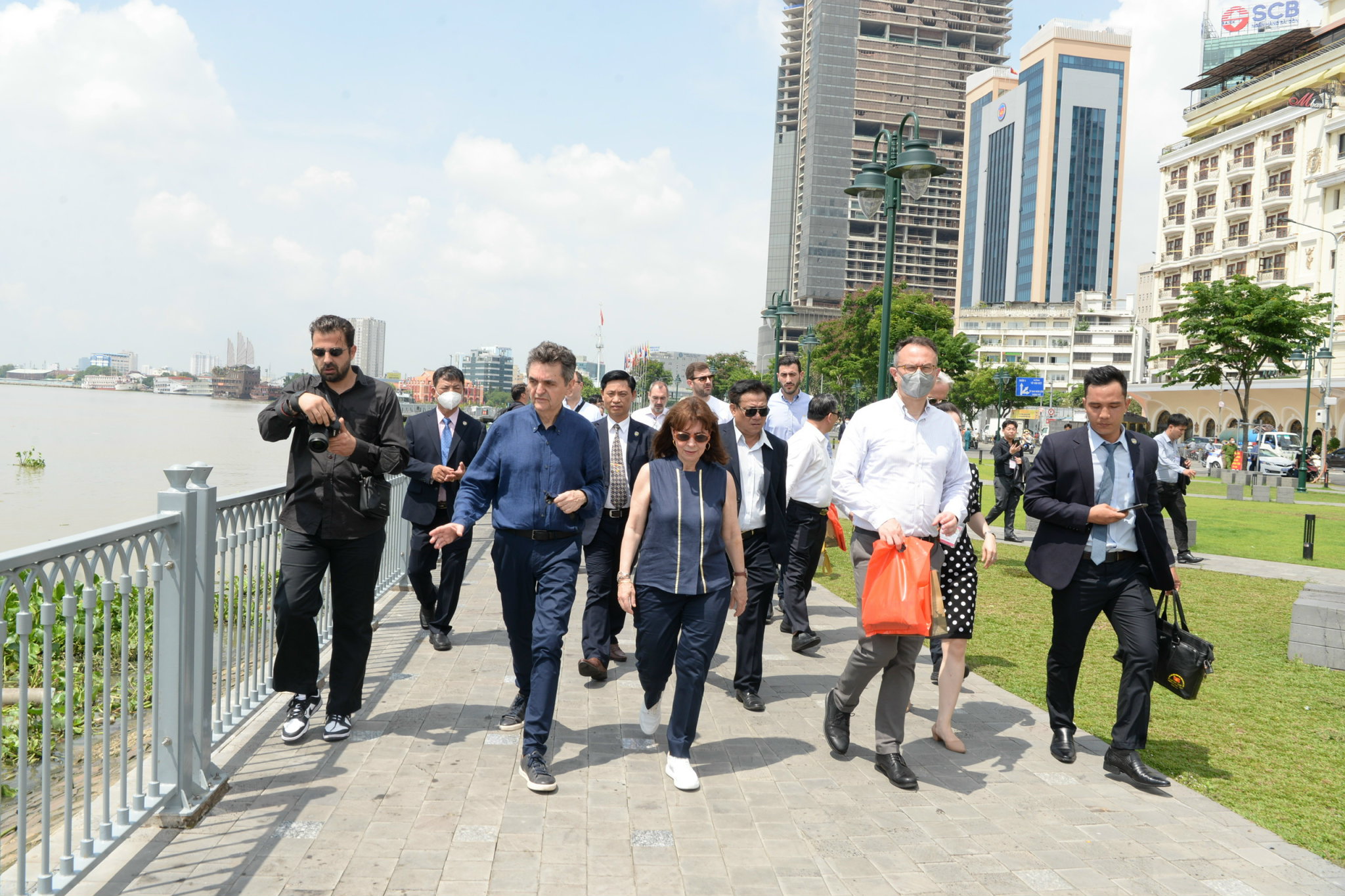 Greek President Katerina Sakellaropoulou and her delegation visited many popular destinations in Ho Chi Minh City on Thursday, as part of her official visit to Vietnam from May 15 to 19.

President Sakellaropoulou started her journey on Thursday by taking a stroll and shopping along Dong Khoi Street in District 1 at 10:00 am.

Instead of traveling by car, the Greek leader decided to walk from Dong Khoi Street to Bach Dang Wharf Park.

The president and her delegation later visited Ngoc Hoang Pagoda, where she talked with a monk to learn more about the stories behind the sacred statues.

At the Museum of Vietnamese History, Sakellaropoulou expressed special interest in the Dong Son bronze drums and statues of Asian gods, namely Shiva and Buddha.

She also used her personal phone to take pictures of the objects.

“A very important museum of the history of Vietnam, the religions, the people, and the evolution to modern times,” the president wrote in the book of the museum.

“Thank you for the interesting tour.”

The Greek president also paid visits to the Hung Kings Temple at the Saigon Zoo and Botanical Gardens and Municipal Theater.

After leaving the theater, Sakellaropoulou took a photo with the female employees of the venue, who were donning the traditional ao dai.

She then used her phone to capture the Municipal Theater as she left in her car.

President Sakellaropoulou was scheduled to leave Ho Chi Minh City at 4:00 pm on Thursday, wrapping up her official visit to Vietnam.