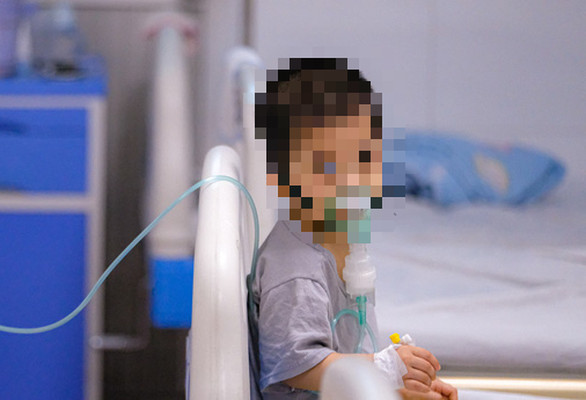 Vietnam on high alert for acute hepatitis in children

The Vietnamese Ministry of Health keeps calling on health facilities nationwide to step up their surveillance to detect possible cases of acute hepatitis of unknown origin in children that has been found in over 30 countries.

For provinces with border gates, it is necessary to strengthen supervision at the gates in order to detect early cases with suspected symptoms for appropriate response, an official representing the ministry’s General Department of Preventive Medicine told Tuoi Tre (Youth) newspaper recently.

Earlier on May 9, the ministry requested all health departments of provinces and cities to increase sampling for testing of suspected cases.

The ministry said it is following the disease developments in other countries and keeping itself well updated on the latest information from the World Health Organization (WHO) to be ready for effective response to the illness if it occurs in Vietnam.

The team has yet to discover any case of the disease so far, Dr. Hung said.

Based on the current number of patients and relevant epidemiological factors in the world, the disease cannot be spread through the respiratory tract like COVID-19 but it is likely to transmit via the gastrointestinal tract, the doctor commented.

Current preventive measures are to maintain personal sanitation and practice good hygiene in eating and drinking, he said.

By May 27, at least 650 cases of the mysterious disease had been confirmed in 33 countries, since the first cases reported from the UK to the WHO on April 5, and three quarters or 75.4 percent of the total are under five years of age, the WHO said.

At least 38, or six percent, children have required transplants, and nine deaths, or one-percent mortality, have been reported to the WHO.

“As the disease is spreading in the world and has also been found in some Southeast Asian countries, we think that it may appear in Vietnam at some point in the future,” said Nguyen Trung Cap, director of the National Hospital for Tropical Diseases in Hanoi.

In the worst-case scenario where the disease occurs and requires a liver transplant in Vietnam, it is entirely possible to perform such surgery on patients, Dr. Hoa said.

The exact cause of this severe acute hepatitis remains unknown and under investigation, the WHO said, adding that adenovirus is now a plausible hypothesis as part of the pathogenesis mechanism, but further investigations are underway to identify the causative agent.

Symptoms of hepatitis include dark urine, yellowing of the eyes and skin (jaundice), fatigue, fever, loss of appetite, nausea, vomiting, abdominal pain, light-colored stools, and joint pain, according to UNICEF.

Currently, there are no available statistics on healthcare-associated infections, but human-to-human transmission cannot be ruled out as there have been a few reports on epidemiologically linked cases, the WHO warned.

“Adenovirus has been found in 75 percent of the cases tested in the United Kingdom, but the data for other countries are incomplete," it said.

"Of the small number of samples that have so far been typed, a majority have been confirmed for Type 41 adenovirus.”

Type 41 adenovirus is not new and it is circulating in most countries around the world, Dr. Cap said.

Children infected with it will develop fever, diarrhea and vomiting, among others and may recover on their own after a few days, he added.

Dr. Cap, however, recommended that everyone be prudent as the adenovirus of that type is now suspected to be the cause of the acute hepatitis.

Until more is known, it is necessary to perform regular hand washing and respiratory hygiene, avoid crowded spaces, maintain a distance from others, ensure good ventilation when indoors, and wear a well-fitted mask covering the mouth and nose when recommended, the WHO advised.