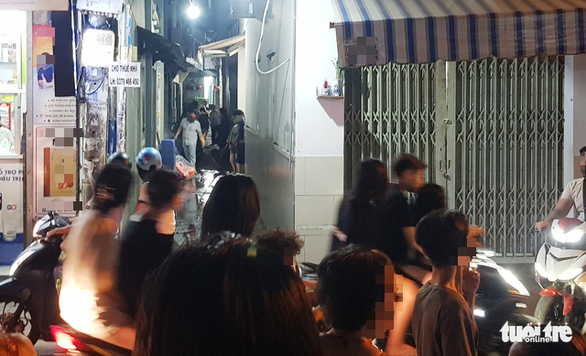 A woman in Ho Chi Minh City stabbed a man to death during a scuffle taking place after he urinated near her house in an alley in Tan Binh District on the weekend.

The district police confirmed on Monday they had collected the statements of P.N.L., 56, to facilitate the investigation into the death of a 30-year-old man named S..

Preliminary information showed that L. and her family organized the death anniversary of a relative at their home in an alley on Bui The My Street in Ward 10, Tan Binh District on Sunday afternoon.

At around 4:00 pm the same day, S. walked into the alley and started urinating near L.’s house.

L. and her family members confronted S. about his urination, before an argument broke out between both sides.

S. left the alley but later returned with another person and continued the row with L.’s family.

The situation escalated into a fight, during which L. stabbed S. with a paring knife.

S. was taken to the hospital but succumbed to his serious wound.