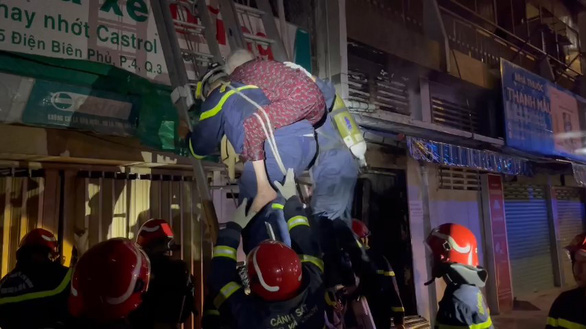 -- China’s military drill in Hoang Sa (Paracels) is a blatant violation of Vietnam’s sovereignty, Le Thi Thu Hang, spokesperson of the Vietnamese Ministry of Foreign Affairs, said on Thursday, demanding that Beijing not repeat the infringement.

-- Vietnam’s National Assembly Chairman Vuong Dinh Hue will lead a high-ranking delegation on an official visit to Hungary from June 26 to 28, the Vietnam News Agency cited the NA’s Committee of External Relations as announcing.

-- Nguy Thi Khanh, an environmentalist, has been jailed for evading tax, not for her activities and opinions related to climate change, Le Thi Thu Hang, spokesperson of Vietnam’s Ministry of Foreign Affairs, said at a press briefing in Hanoi on Thursday.

-- Eighty-two percent of the Vietnamese respondents in the Travel Confidence Index Ranking survey conducted by Booking.com said that they felt comfortable with Vietnam’s reopening of its borders. Seventy-five percent were confident of the country welcoming international visitors again.

-- Firefighters gave a 85-year-old woman a piggyback ride to rescue her from a fire that broke out at a house in District 3, Ho Chi Minh City in the small hours of Friday.

-- Vietnam welcomes Thai enterprises and creates optimal conditions for them to invest in Vietnam, Vice President Vo Thi Anh Xuan said on Thursday while  the Vietnam-Thailand Business Forum in Bangkok, according to the Vietnam News Agencty.

-- Vietnam’s Viettel FC will clash with Laos’ Young Elephants FC in their opener of Group I at the 2022 AFC Cup at 5:00 pm at Thong Nhat Stadium in Ho Chi Minh City. The game will be broadcast live on VTV5, VTV6, and FPT Play.

-- “Massachusetts' highest court on Thursday ruled that Harvard University can be sued for mistreating a descendant of slaves who were forced to be photographed in 1850 for a study by a professor trying to prove the inferiority of Black people,” Reuters reported.