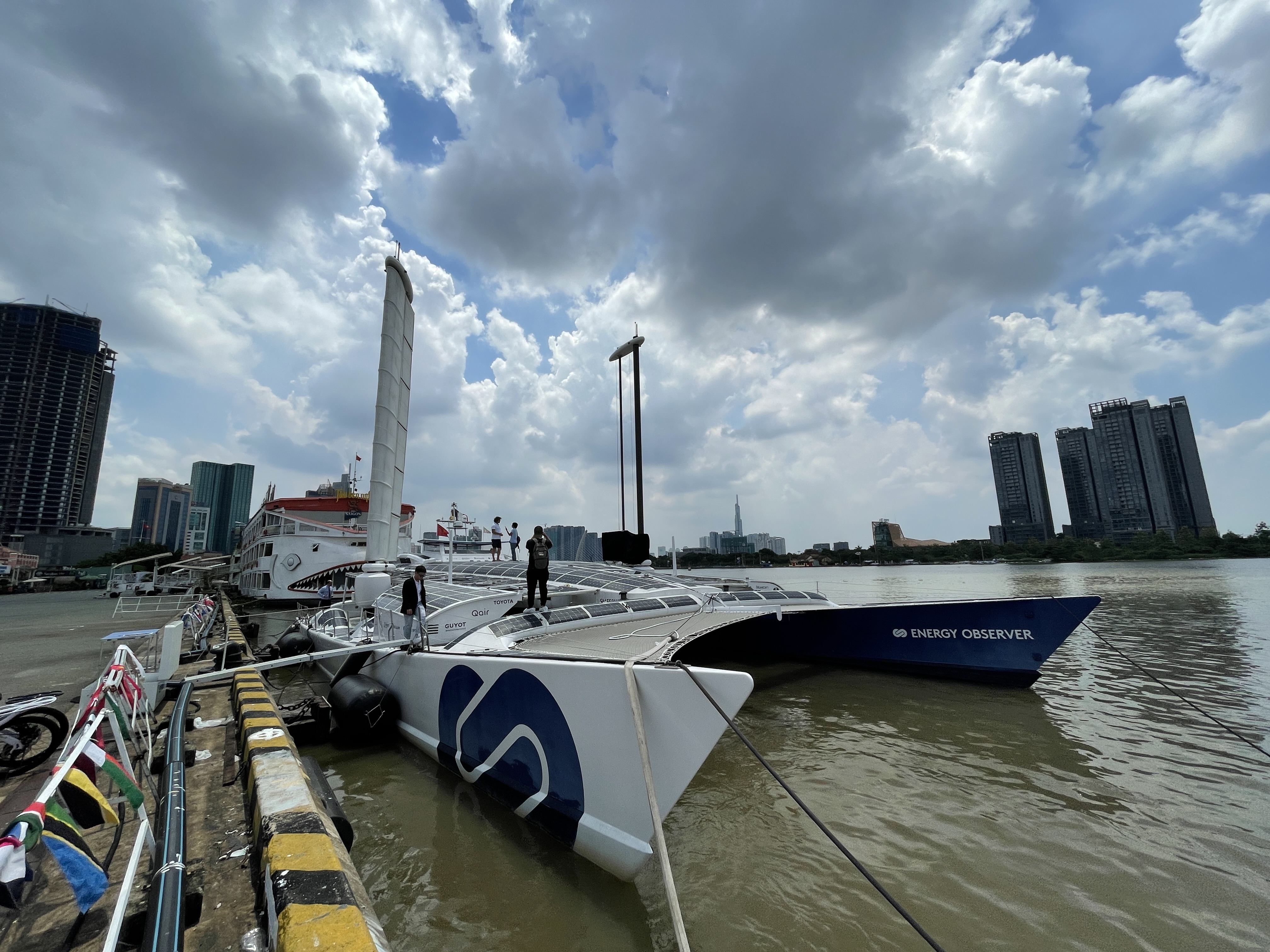 The Energy Observer, the world’s first hydrogen-powered and zero-emission vessel, is currently on a stopover in Ho Chi Minh City as part of its five-year global odyssey.

The ship arrived at Khanh Hoi Port in District 4 on June 18 and is expected to stay in the southern Vietnamese metropolis until June 29.

Ho Chi Minh City is the 73rd stopover of the vessel’s worldwide expedition and one of its last stops in Southeast Asia.

During its stay, the Energy Observer crew, in collaboration with the French Consulate General in Ho Chi Minh City, is set to present the ship's autonomous zero-emission system to several hundred visitors, decision-makers, and students.

The Energy Observer is the first hydrogen-powered and zero-emission vessel that is self-sufficient in energy.

Setting sail from its port of registry of Saint Malo, France in 2017, the Energy Observer has already covered over 50,000 nautical miles and made 73 stopovers in 40 countries.

The ship is an ecological transformation laboratory designed to push the limits of zero-emission technologies, namely hydrogen, solar, and wind.

It measures 30 meters long and 12 meters wide and can reach a maximum velocity of 14 nautical miles per hour.

The vessel can run on hydrogen power and solar power thanks to its more than 200 solar panels.

It can also run on wind power by using its sails.