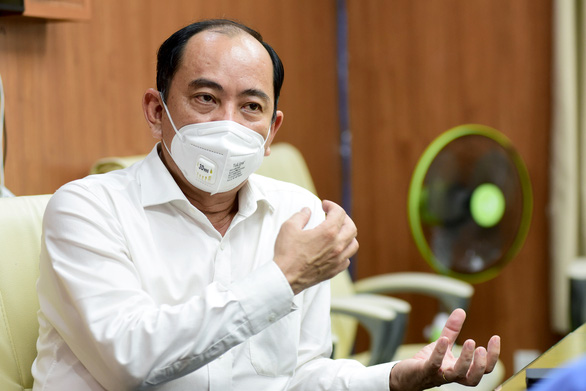 Ho Chi Minh City health authorities have requested that 10 districts prepare to reactivate their COVID-19 treatment facilities as cases are predicted to soar if the Omicron BA.5 sub-variant appears in the city.

Three Omicron subvariants – BA.2, BA.4, and BA.5 – are currently dominant across the world, Tang Chi Thuong, director of the Ho Chi Minh City Department of Health, quoted statistics of the World Health Organization as saying during a meeting on Wednesday.

The Ministry of Health recently announced that the BA.5 sub-variant had entered Vietnam, Thuong continued, adding that the number of COVID-19 cases in the country may rise in the coming time.

Vaccination is currently the most effective prevention measure, the official stressed.

Ho Chi Minh City still has about 490,000 vaccine doses left, he elaborated, adding that the number of people who have received the fourth shot, or the second booster jab, is still low.

These ten locales currently have the lowest vaccination rates in terms of booster shots.

The health sector thus recommends that authorities in the districts prepare to reactivate COVID-19 treatment facilities if the BA.5 sub-variant rages, Thuong stated.

As of Wednesday, health workers in the city of nine million had administered about 21.4 million vaccine doses, according to the city’s COVID-19 portal.

Regarding the dengue fever outbreak, Thuong stated that he was very worried that the epidemic would become much more serious in the coming time.

A total of 42 fatalities have been recorded in southern Vietnam this year, 10 of which were documented in Ho Chi Minh City, he elaborated.