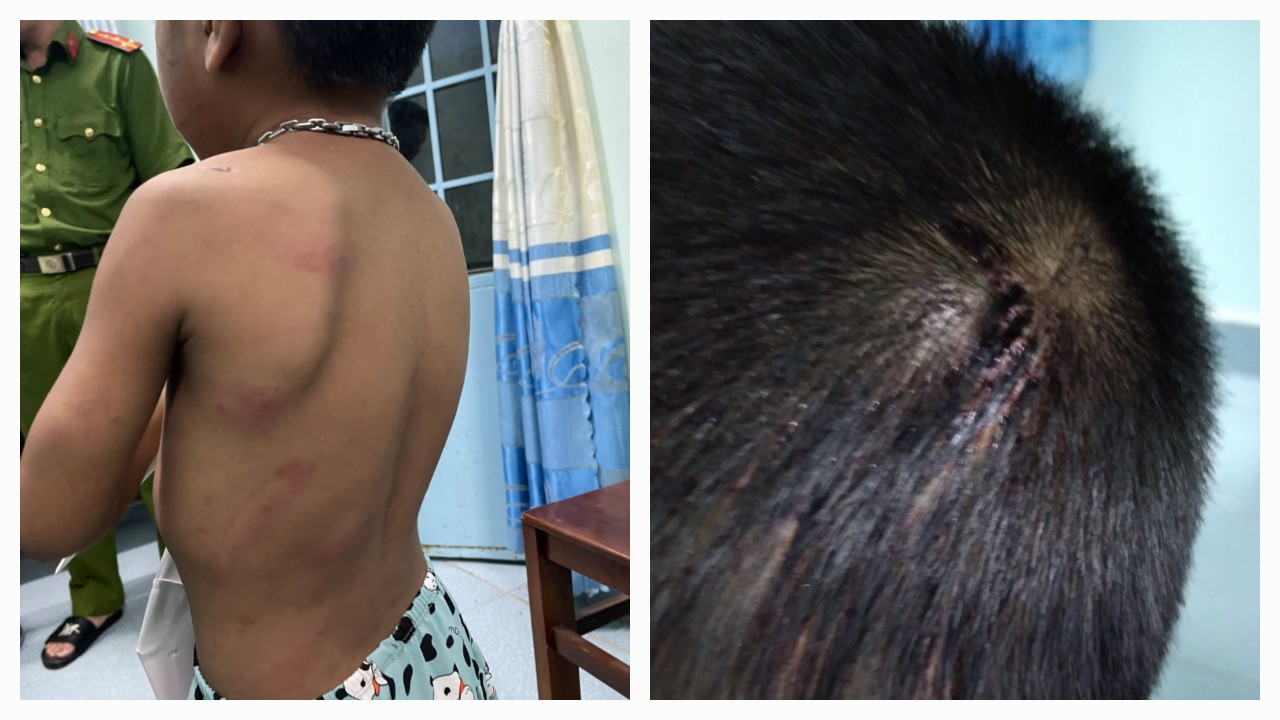 Father in custody for physically abusing son in southern Vietnam

Police in the Mekong Delta province of Kien Giang on Friday arrested and initiated legal proceedings against a 37-year-old man after a circulated video showed him repeatedly beating his son to the point of bleeding.

The public security division of An Bien District in Kien Giang is investigating Luong Van Luan for physically abusing children.

Officers managed to determine that Luan is the man who kept shaking a boy and slapping him until his mouth was bleeding in the viral video on social media.

The suffering boy was later verified to be L.H.T., Luan’s six-year-old son.

Luan often beat and tortured T., according to their neighbors’ accounts.

On June 22, Luan used an iron bar to hit T.’s head, face, hands and back, causing several injuries on the boy.

At that time, people intervened in the incident and took T. to a local medical station for treatment.

Police in Dong Thai Commune, where the father and the son were residing, previously gave various warnings and imposed an administrative fine of VND7.5 million (US$320) on Luan for beating and causing injuries to his family member.

Luan did not pay the fine and continued to physically abuse T., prompting the functional forces to arrest him and launch an investigation to the case.

Police officers of An Bien District were able to seize some tools Luan used to beat his son during the investigation.

It is known that Luan’s wife left him a long time ago and let T. live with the father since the boy was still little.