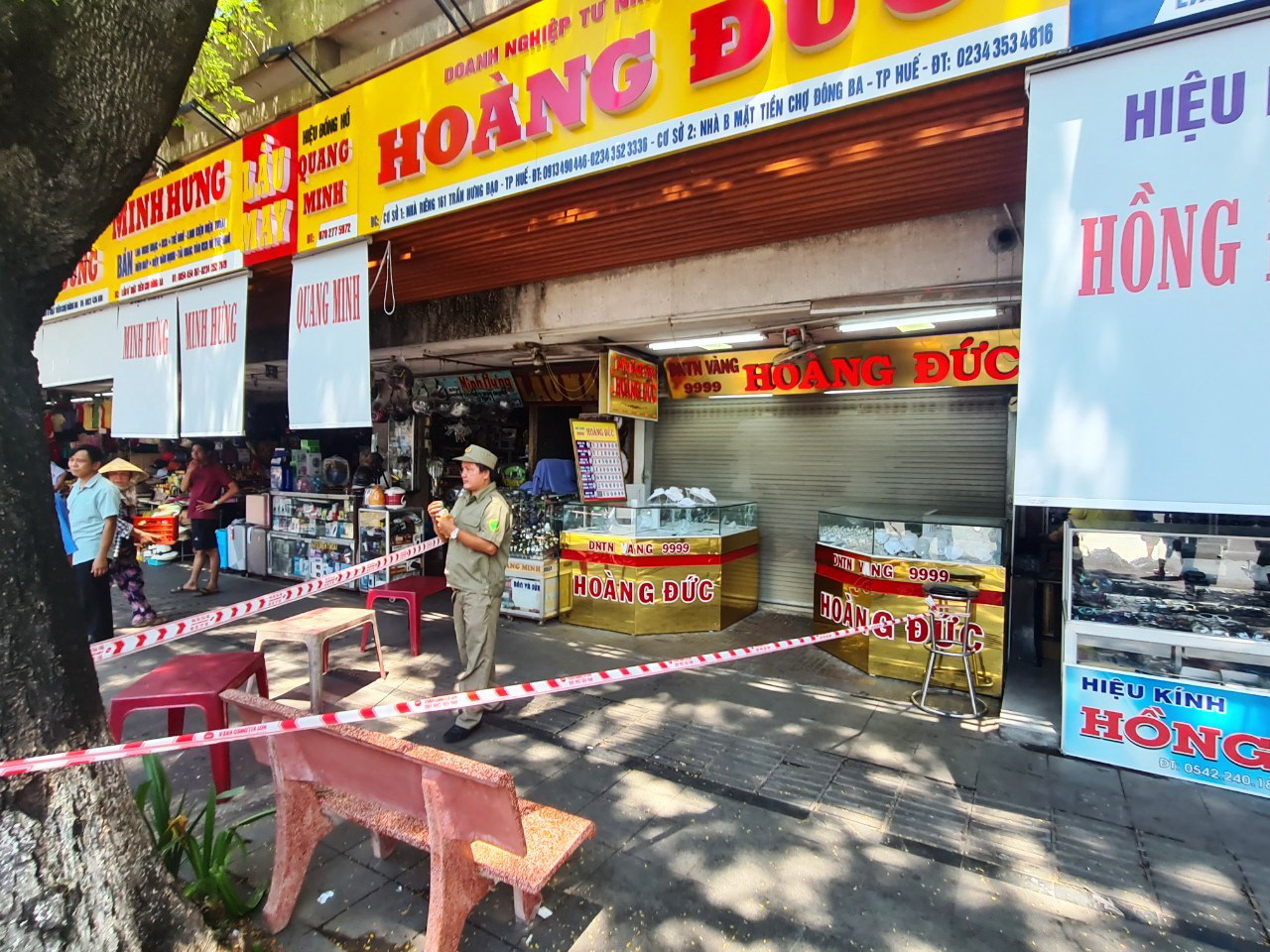 Vietnamese police arrested a police officer after he used a gun to rob two gold shops and encouraged bystanders to take gold on Sunday.

Many witnesses heard the sound of about five gunshots coming from Dong Ba Market in Hue City, the provincial capital, when Quoc broke into two gold shops, brandishing an AK rifle early on Sunday afternoon.

Quoc took many trays filled with gold and jewelry and threw them into the street, shouting encouragement to people to make off with the items.

While passers-by were collecting the gold and jewelry Quoc stole, he fled to Gia Hoi Bridge before moving to Trinh Cong Son Park and firing two bullets into the air.

Police arrived at the scene and evacuated all local people before surrounding Quoc and trying to persuade him to surrender.

After Quoc was allowed to talk with Colonel Dang Ngoc Son, deputy director of the provincial Department of Public Security, at the scene as per his request, he put down the rifle and handed himself in to police forces.

Police seized a magazine with four bullets, another empty magazine, a walkie-talkie, a helmet, a loaded AK-47 gun, and several cartridges onsite.

The police force also confiscated a police uniform, a pair of shoes, and some other objects only to be used by police officers.

While the provincial public security department has yet to issue any statements regarding the status quo of Quoc’s duty as a police officer working at a local prison, it called on people who took the gold and jewelry he placed on the street to return the items, or else they would be handled in accordance with regulations.