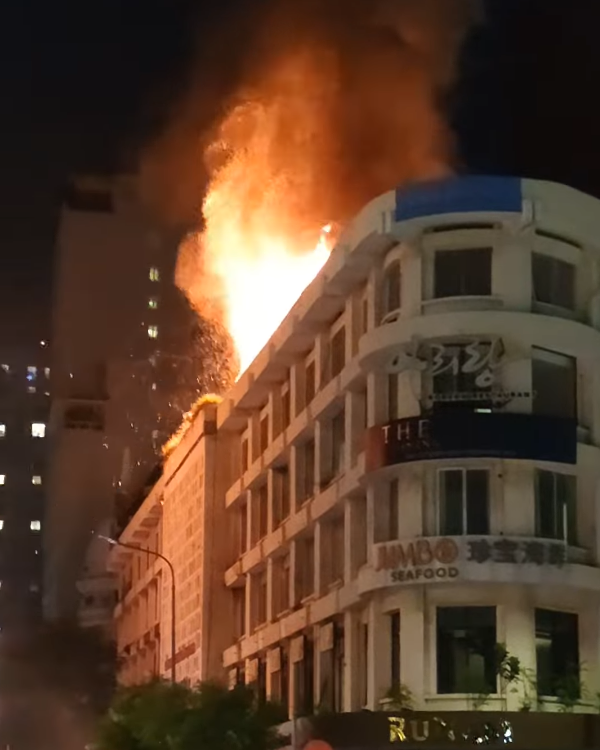 The blaze began on the top floor of the four-story Seaprodex building, which is home to several restaurants and coffee shops, on Dong Khoi Street in District 1 at around 0:00 on Saturday and quickly spread.

The restaurants and coffee shops were closed by the time the fire broke out.

Many explosions were heard from the inferno, according to witnesses.

Firefighters put out the blaze in just a couple of minutes later.

No casualties were reported but numerous tables and chairs were destroyed.