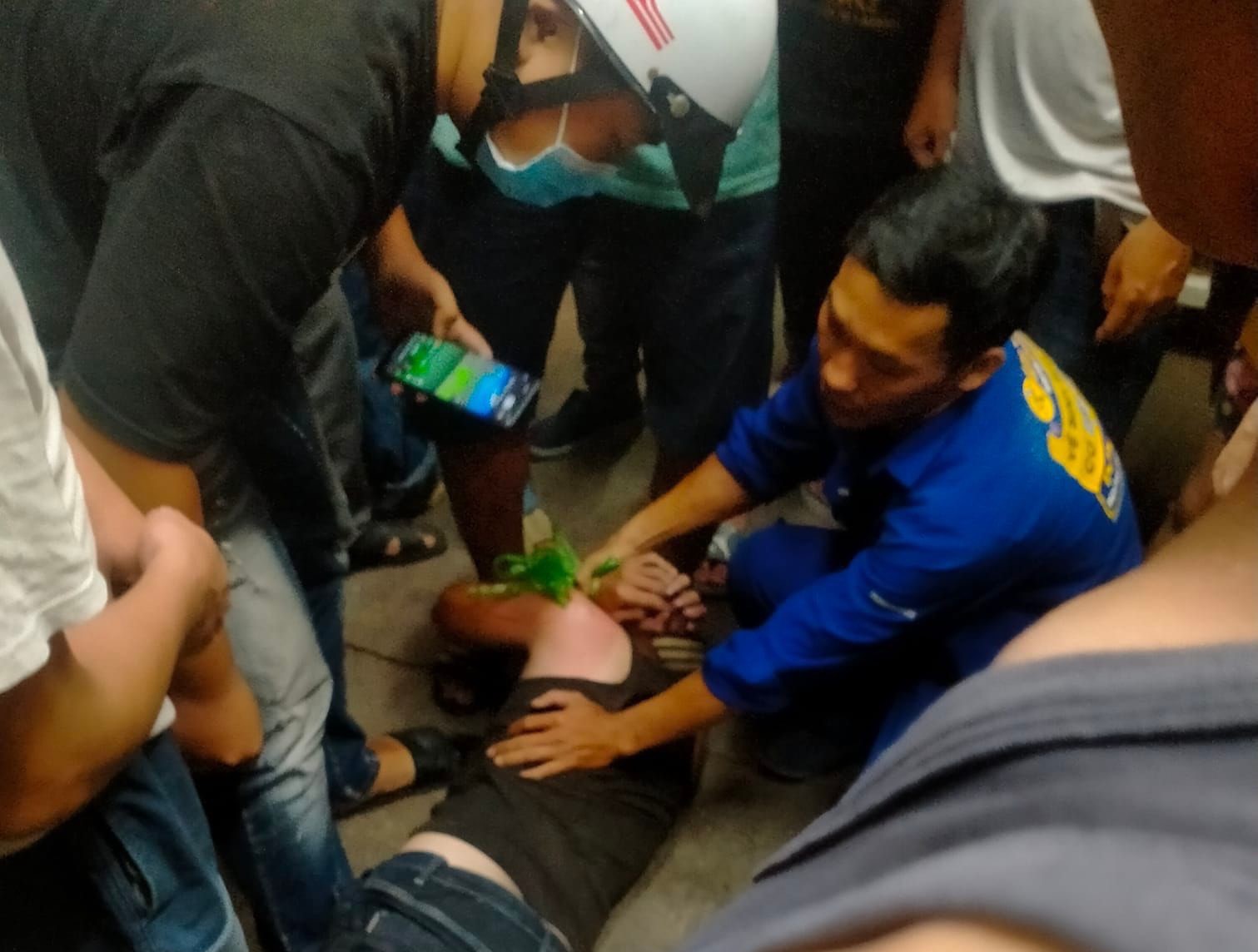 Police officers in the southern Vietnamese province of Binh Duong arrested a man after he robbed a gold shop and offered gold to bystanders on Tuesday.

The man, about 30 years old, whose identity has yet to be determined, is in custody at the police station of Di An Ward in the namesake city under Binh Duong.

He rushed into K.H. gold shop on Nguyen Trai Street in the same ward on Tuesday evening and smashed a glass cabinet, taking the gold items and throwing them into the street.

The man, who showed signs of a mental disorder, did not run away, sitting in front of the gold shop before being held by the shop owner and bystanders.

Police officers examined the scene later that night and are investigating the case.