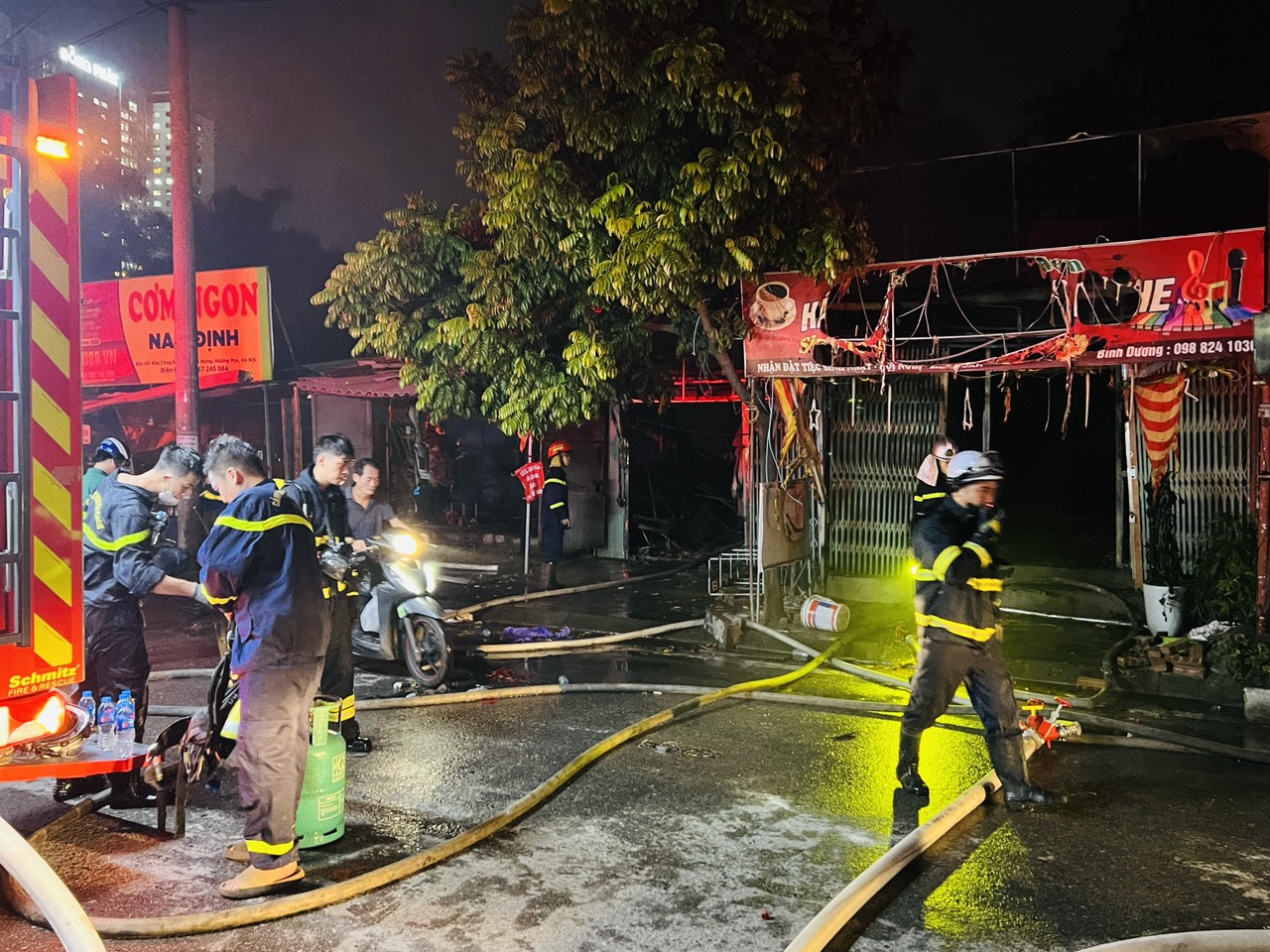 No one was injured after a fire burned down four temporary houses in Hoang Mai District, Hanoi on Sunday night.

The fire broke out at around 8:00 pm at a coffee shop and spread to three houses near the gate of Vinh Tuy Industrial Park on Linh Nam Street in Hoang Mai, according to witnesses.

The firefighting unit of the district sent five fire trucks to the scene and managed to extinguish the blaze about an hour later.

The fire did not cause casualties.

The district police initially determined the cause was sparks created by the owner of the coffee shop while repairing an iron door.

Officers are still investigating the case.