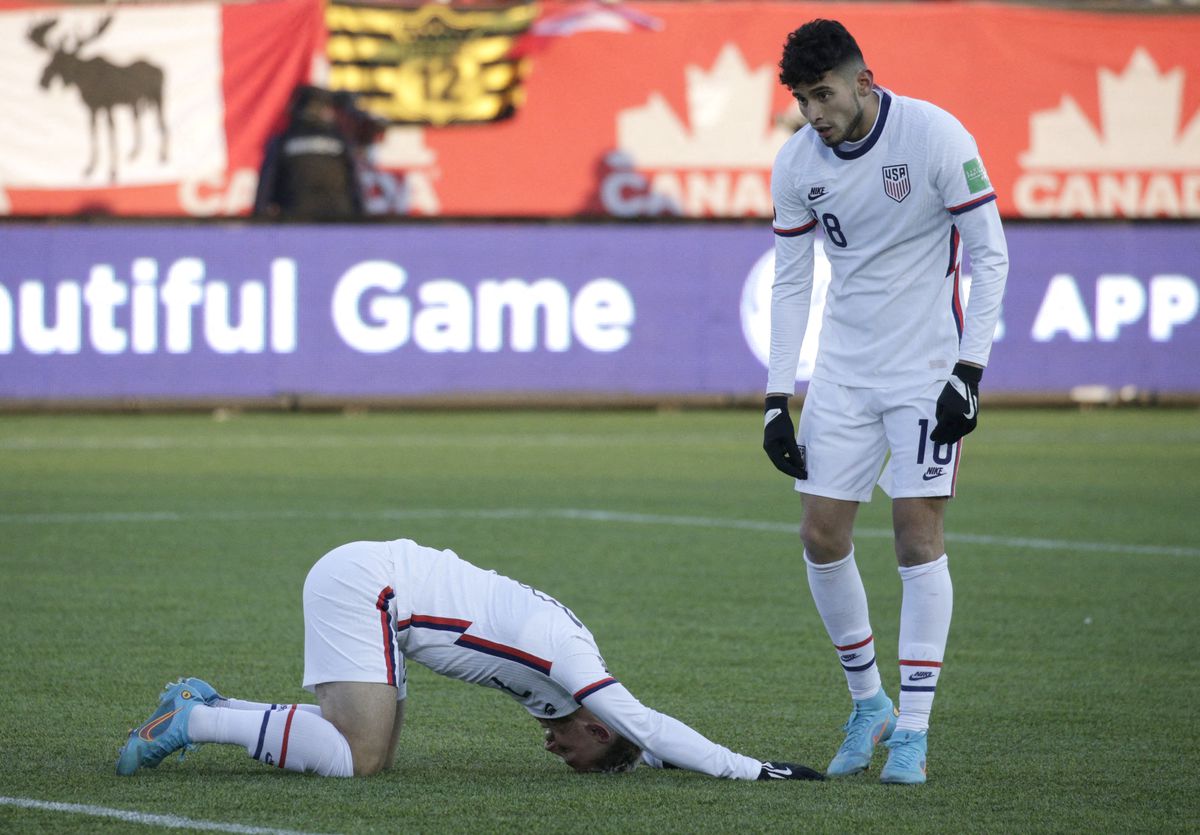 Canada struck early and again late on to defeat the U.S. men's national team 2-0 on Sunday to remain unbeaten and extend their lead in the final round of CONCACAF World Cup qualifiers.

Canada collected a goal kick from U.S. keeper Matt Turner in the seventh minute and Jonathan David set up Cyle Larin, who raced forward and fired in past a diving Turner, sending the fans at Tim Hortons Field into a frenzy.

Sam Adekugbe added a second deep into second-half stoppage time to wrap up victory for Canada.

"The guys feed me the ball, and Jonathan up top helps me a lot," said Larin, who became Canada's all-time leading goalscorer with 23.

Canada top the standings with 22 points, while the U.S. are second on 18 and Mexico, who play Costa Rica later on Sunday, are third with 17 points in the eight-team group.

After falling behind, the U.S. looked like they would equalise when Christian Pulisic's corner found Weston McKennie's head, but Canada keeper Milan Borjan leapt up to swat the ball away, pounding his chest triumphantly after making the save.

Following a sloppy first half, the USMNT had more life in the second, especially after head coach Gregg Berhalter sent on Kellyn Acosta, Ricardo Pepi and Jordan Morris in the 69th minute.

The U.S. stepped up the pressure and had another excellent chance to score, but Paul Arriola's bicycle kick from inside the box with about three minutes to go was off target.

Adekugbe then scored on the counter in the fifth minute of stoppage time to seal the win for Canada on a cold day in Ontario.

"This means everything," Canada head coach John Herdman said of the victory.

"For these boys, for these fans, for this country. We're turning into a football country."

After the game, Berhalter had a positive take on his team's effort as they look ahead to hosting Honduras in St. Paul, Minnesota on Wednesday, while Canada travel to El Salvador.

"It was a game where, with that performance, you don't expect to lose that game," Berhalter said.

The top three teams in the group will earn automatic qualification for the World Cup starting in Qatar in late November.