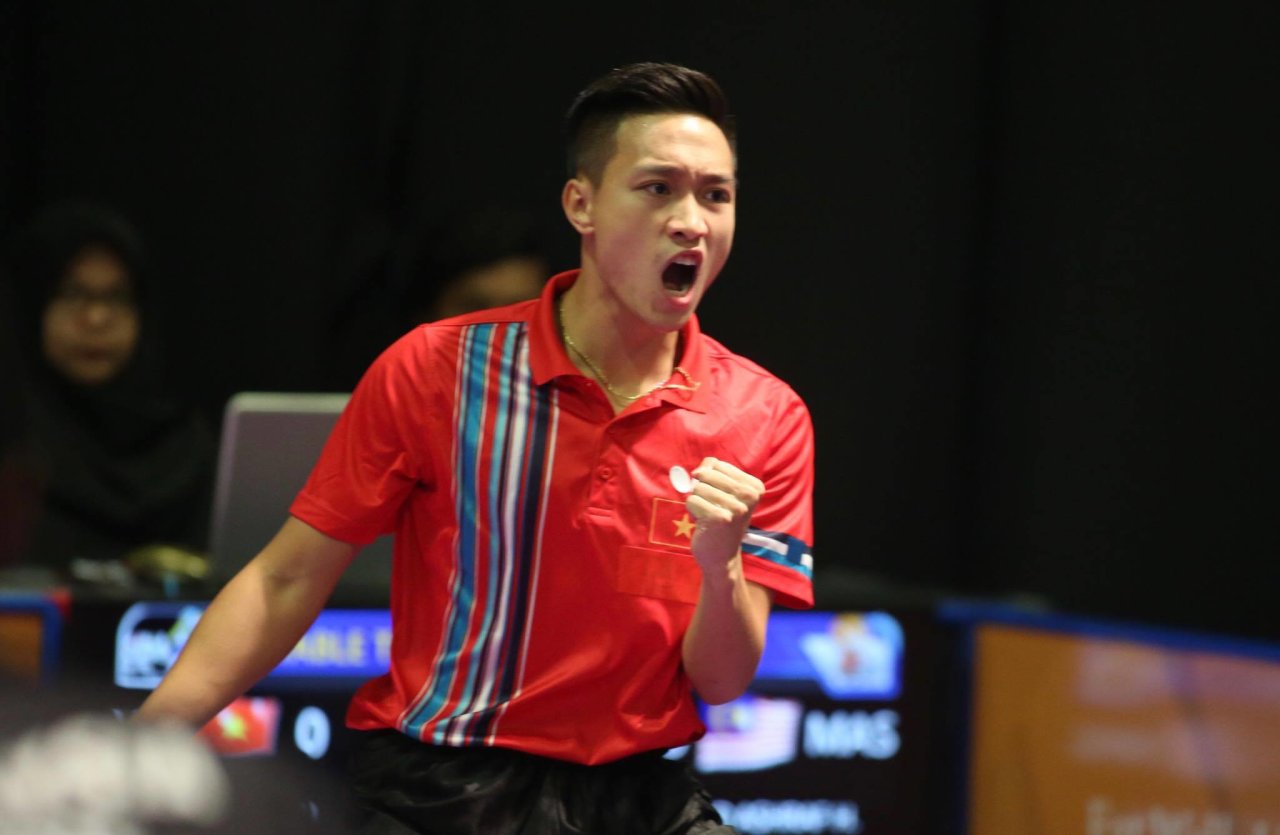 Vietnam made history on Saturday with a 3-1 upset over defending champions Singapore in the men’s team table tennis final at the ongoing 2017 Southeast Asian Games (SEA Games 2017) in Malaysia, snatching the country’s first-ever gold in the event.

The Vietnamese got off to a slow start when Dinh Quang Linh lost 1-3 to Singapore’s Gao Ning in the opener.

However, the 2015 silver medalists made a swift recovery when Nguyen Anh Tu beat Singapore’s Clarence Chew 3-1 in the second tie.

The night’s biggest surprise, however, went to Vietnam’s doubles side Doan Ba Tuan Anh/Dinh Quang Linh, who recovered from a 2-1 lead to secure a come-from-behind 3-2 win over Singapore’s Gao Ning/Pang Xue Jie in the third tie.

The Singaporean pair were the standing champions of the men’s doubles event at SEA Games 2017.

Tu sealed Vietnam’s victory with a convincing 3-0 whitewash of Pang Xue Jie in the final tie.

The result broke Singapore’s dominance in the event, ending a gold-medal streak that began in 2003, with the only exception being in 2011, when the team event was not contested.

SEA Games 2017 is the 29th edition of the regional multi-sport competition, competed by 11 countries in Southeast Asia in 38 sports with 404 events.

The Games is held in the Malaysian capital of Kuala Lumpur from August 19 to 30.

As of Sunday, Vietnam ranks second behind Malaysia with 50 gold medals, 34 silvers and 43 bronzes.