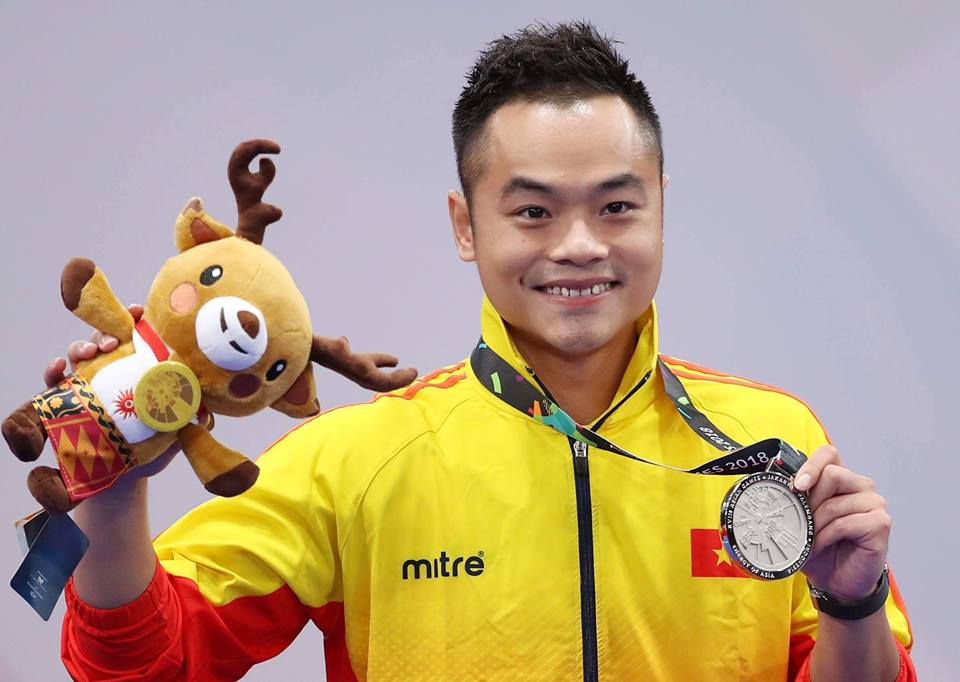 Vietnam concluded its successful Day 3 at the 2018 Asian Games (Asiad) in Indonesia with two more silver medals and a bronze.

As of the end of Tuesday, the Southeast Asian country had bagged a total of seven medals, including three silvers and four bronzes, ranking 17th out of 45 countries and territories participating in the continental sporting event.

China currently leads the Games with 60 medals, followed by Japan with 47 and South Korea with 34.

Tuan was able to lift 280kg while his North Korean competitor won the gold medal with a new record of 287kg.

Trinh Van Vinh, another athlete from the Vietnamese weightlifting team, later won the second silver in the men’s 62kg category after lifting 299kg. He lost to Indonesian athlete Eko Yuli Irawan who was able to lift a total of 311kg.

In Wushu, Pham Quoc Khanh came in second with 9.71 points in the men's Nanquan & Nangun All-Round on Tuesday, while Duong Thuy Vi pocketed a bronze medal in the women's Jianshu & Qiangshu All-Round the same day.

Famous shooter Hoang Xuan Vinh could not advance to the finals of the men’s 10m air pistol event after ranking ninth.

This is the only category that Vinh, who won Vietnam’s first-ever Olympic gold medal in 2016, competed in the 2018 Asiad.

Vietnamese athletes are scheduled to compete in shooting, swimming, Wushu, and cycling on Wednesday.