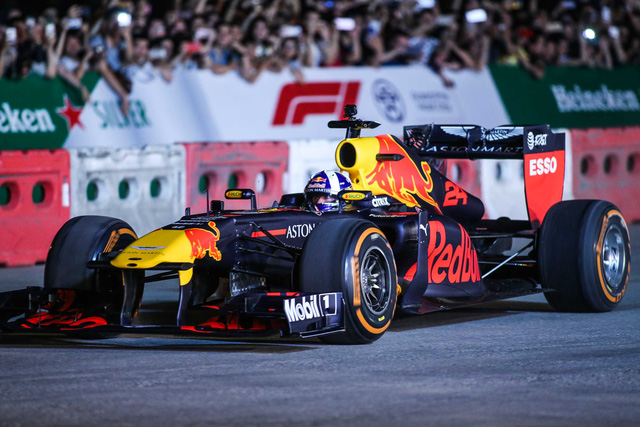 People looking forward to Vietnam’s maiden Formula One (F1) race will be able to buy tickets for the event tomorrow, July 17, less than a year before the high-speed cars start whizzing through Hanoi streets.

Vietnam will join the Formula 1 calendar in 2020 with a new race named Formula 1 Vietnam Grand Prix 2020 to take place in the capital in April.

During its course of race, the Formula 1 Vietnam Grand Prix 2020 will take place on Friday, Saturday, and Sunday every week.

In each admission package, there are two options to choose from, 1-Day and 3-Day tickets.

There are no 1-Day tickets for Diamond Suite, while tickets of this type for the two other tiers start from $1,360 and $840, respectively.

In the meantime, buyers of the Grandstand tickets will be watching the race from prime locations, allowing them to “directly observe every single turn and every stunning performance of the world's biggest names” in Hanoi.

Customers have to pay $75 for a 3-Day General Admission ticket, and $30 for a single-day piece, which is also the cheapest ticket available.

The race will take place on a 5.565-km track located some 12km west of the heart of Hanoi.

Construction for the track, which uses existing streets with a purpose-built pit area, is scheduled to reach completion by March next year.

The Formula One World Championship season consists of a series of races, known as Grands Prix, usually held on purpose-built circuits, and in a few cases on closed city streets.

The Hanoi event is only the fourth street race on the F1 calendar, alongside Monaco, Singapore and Azerbaijan.