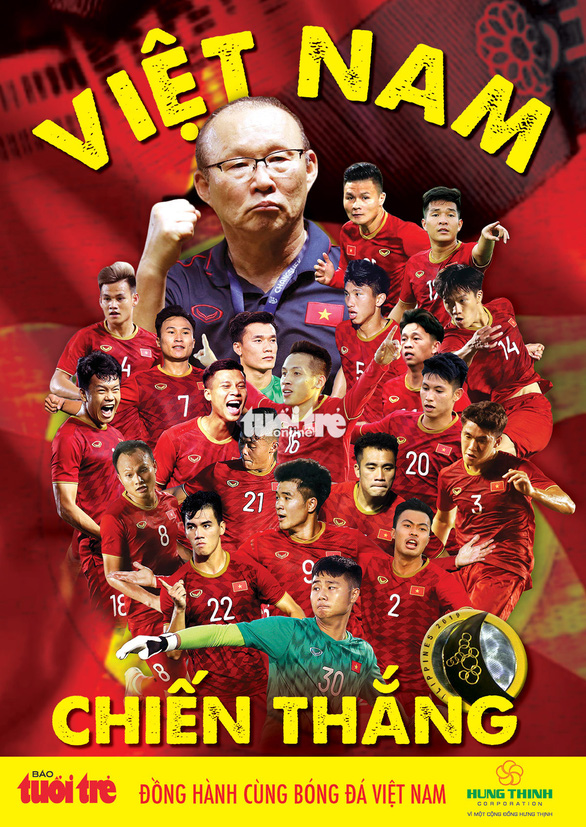 Vietnam will compete for their first-ever Southeast Asian (SEA) Games gold medal in the men’s football final against Indonesia in the Philippines on Tuesday evening.

The much-anticipated game will take place at Rizal Memorial Stadium in the Filipino capital of Manila, and will be aired in Vietnam on VTV6 Channel at 7:00 pm.

In Ho Chi Minh City, ten gigantic screens have been set up on Nguyen Hue Pedestrian Street in District 1 for the public to enjoy the game free of charge.

Other public venues, such as the Ho Chi Minh City Youth Culture House at 4A Pham Ngoc Thach Street in District 1, will also screen the game.

For the safety of these mass screenings, the Ho Chi Minh City Department of Transport has announced that all heavy trucks will be banned from several streets in Districts 1, 3 and 5 between 10:00 pm on Tuesday and 1:00 am on Wednesday.

From 6:30 pm on Tuesday until 1:00 am on Wednesday, all taxis, cars with less than nine seats used for ride-hailing services, and trucks with less than 2.5 metric tons in tonnage will be limited in the city center.

From 6:30 pm onward, all vehicles including motorbikes are forbidden from the entire Nguyen Hue Street.

Vietnam crushed Cambodia 4-0 in the semifinal of men’s football on Saturday while Indonesia defeated Myanmar 4-2 after 120 minutes in the other semi on the same day.

The Vietnamese have never won a gold medal in SEA Games men’s football in the last 60 years.

They last reached a final in 2009, when they were beaten 0-1 by Malaysia from an own goal by a defender in the 85th minute.

Meanwhile, the Vietnamese national women’s football team won their sixth SEA Games gold medal on Sunday after defeating Thailand 1-0 in the women’s football finale, with the other five claimed in 2001, 2003, 2005, 2009, and 2017.

At 3:00 pm on Wednesday, Myanmar will face Cambodia in the bronze-medal match also at Rizal Memorial Stadium.

In men’s football, 11 participating Southeast Asian countries sent under-22 players to compete in the tournament, with two overage footballers allowed on each 20-member team.

The 11 competing nations were split into two groups during the group stage draw with hosts the Philippines, Malaysia, Myanmar, Cambodia and Timor-Leste making up Group A while Thailand, Indonesia, Vietnam, Laos, Singapore and Brunei were placed in Group B.