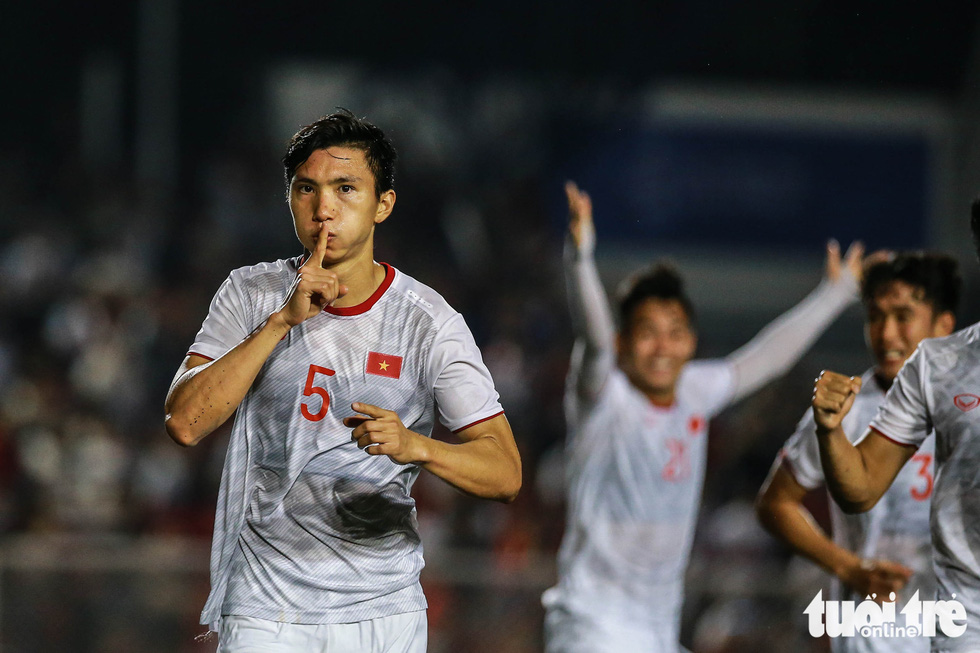 Vietnam’s defender Doan Van Hau has apologized to Indonesian midfielder Evan Dimas in person after causing a bad injury to the latter’s ankle during their teams’ final game in men’s football at the 30th Southeast Asian (SEA) Games in the Philippines on Tuesday night.

During a challenge for possession in the 23rd minute of the first half, Hau’s foot ended up on Dimas’ left ankle.

The incident resulted in the Indonesian midfielder being benched for the rest of Tuesday’s finale, which saw Vietnam netting three goals to win their first-ever gold medal in SEA Games men’s football in 60 years.

In Vietnam’s 3-0 victory over Indonesia, Doan Van Hau, who plays for SC Heerenveen in the Netherlands’ top-flight league, headed home in the 39th minute and scored his second in the 73rd minute.

As the Vietnamese and Indonesian teams stepped on the podium to receive their respective gold and silver medals after the game, Hau could be seen walking toward a wheelchair-bound Dimas.

The Vietnamese defender was seen lowering his body to say something to Dimas.

“I told him that I’m very sorry,” Hau shared with the media his conversation with Dimas at a press conference after the game.

“I learned a lesson for future encounters with other players from this incident,” the young Vietnamese man added.

Hau and Dimas proceeded to give each other a hug before the Vietnamese defender headed back to the podium with his teammates.

In a post-match interview with the Indonesian media, Dimas confirmed that Hau had apologized to him.

“I don’t think it is something big,” Lao Dong (Labor) newspaper quoted Dimas as telling the Indonesian newspaper Detik.

“Although I don’t know whether he did it on purpose or by accident, both of us definitely wanted to win the game,” the Indonesian midfielder said.

Dimas will have to wait until his return to Indonesia to have his injury checked for its severity.

As the 30th SEA Games in the Philippines have come to a close, Vietnam U22s are flying home tonight while Doan Van Hau will return to the Netherlands for his club career.

The junior Golden Dragons are expected to receive a warm welcome at home from the Vietnamese government and supporters for their historic gold medal.