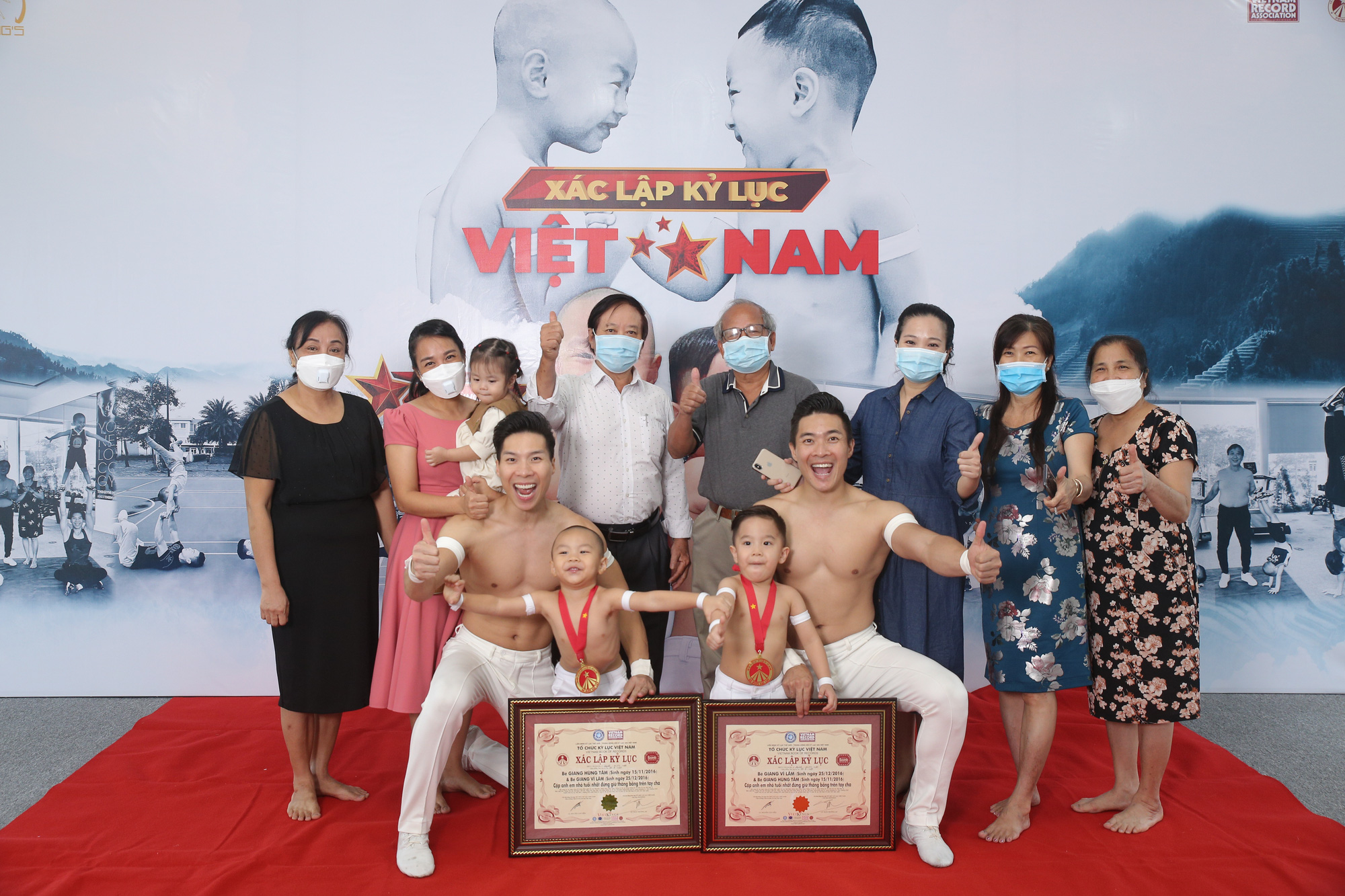 Two three-year-old sons of Vietnamese gymnast brothers Giang Quoc Co and Giang Quoc Nghiep have set a Vietnam record of being the youngest pair of brothers to perform a handstand on their fathers' arms.

Record certificates were handed to the young boys by Duy Lam Vien, secretary-general of the Vietnam Record Association.

Certain measures were taken during the performance to prevent the spread of COVID-19.

The performance was previously scheduled to take place on Nguyen Hue Pedestrian Street in downtown Ho Chi Minh City, but it was rearranged to another location and time due to the COVID-19 epidemic.

Quoc Co and Quoc Nghiep said they and their sons had practiced the stunt for nearly a year.

“It was quite challenging to keep the boys focusing and let them have fun during the practice sessions,” the brothers elaborated.

"Most importantly, we had to prepare them mentally so that they would be able to perform at any time, even in front of large crowds.”

Quoc Co and Quoc Nghiep became internationally famous after earning a spot amongst Britain’s Got Talent finalists in June 2018.

Prior to their appearance on the show, the pair earned fame in 2016 for breaking a Guinness World Record when they scaled the 90 steps leading up to the Cathedral of Girona in Spain in just 52 seconds, with one sibling balanced atop the other using only head-to-head contact.