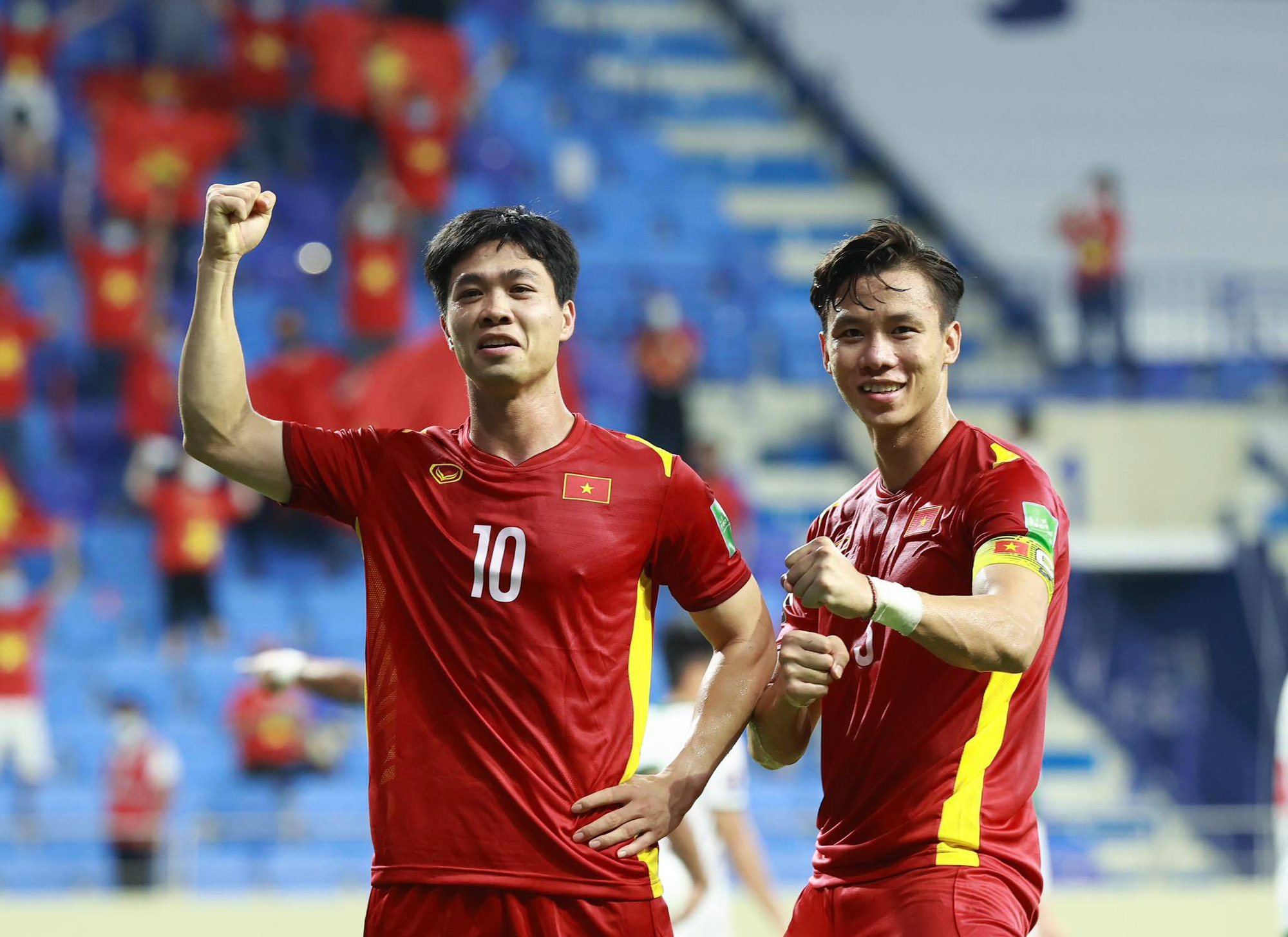 Vietnamese State President Nguyen Xuan Phuc extended his congratulations to the national men’s football team for their convincing 4-0 victory over Indonesia in the second round of FIFA World Cup qualification in the UAE on Monday night.

Watching the match live on television, right after the match ended in the small hours of Tuesday morning, State President Phuc made a congratulatory call to Tran Quoc Tuan, the Vietnam Football Federation (VFF)’s permanent deputy chairman who led the Vietnamese football delegation to the UAE.

During the phone call, the president sent his warm praise and congratulations to the entire Vietnamese team.

President Phuc hailed the squad for such a great performance after the long suspension of the second qualifying round for nearly two years due to the COVID-19 pandemic.

The president also praised the VFF for preparing the best resources for the Vietnamese team.

The head of state hopes that the players will continue promoting the national spirit in the upcoming matches to bring the best results to the country’s football and advance to the third Asian qualifying round for the 2022 FIFA World Cup.

In the same move, Vietnam’s National Assembly Chairman Vuong Dinh Hue also congratulated the Golden Dragons on the triumph that has delighted fans across the country.

Monday’s victory was of great significance to the Vietnamese as it saw them remain top in Group G with 14 points from six games and move one step closer to booking a direct ticket to the last qualifying round as group leaders.

Vietnam are slated to clash with Malaysia on June 11 and the UAE on June 15.

The second qualifying round of the 2022 FIFA World Cup, hosted by Qatar next year, has been attended by 40 teams drawn into eight groups of five to play home and away round-robin matches since September 5, 2019.