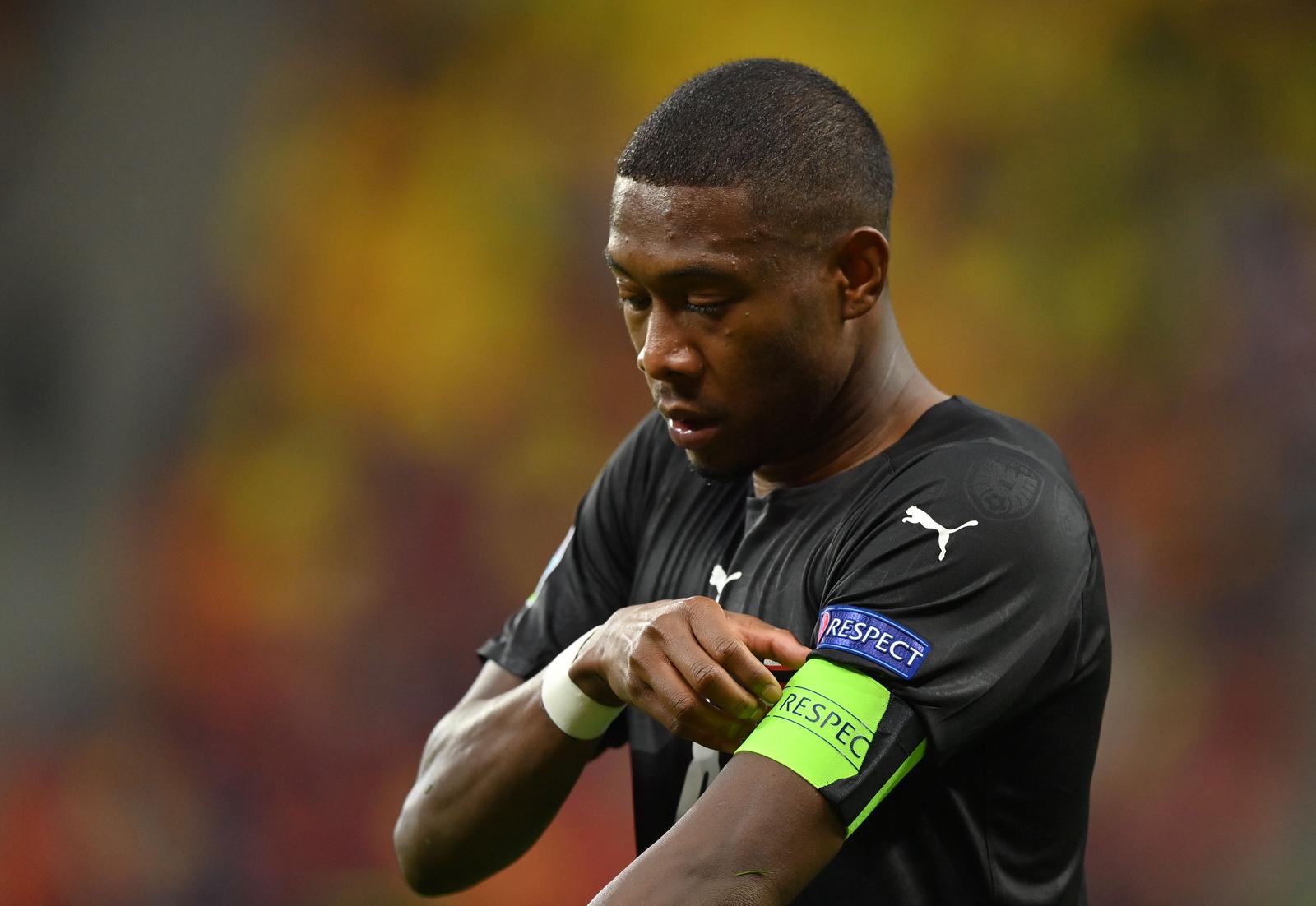 A moment of world-class quality from David Alaba earned Austria the breakthrough they had toiled so hard to find against North Macedonia on Sunday, sending Franco Foda’s side on their way to a first-ever European Championship win.

Alaba’s cross from the left wing curled invitingly behind the Macedonian defence and left substitute Michael Gregoritsch with a simple finish.

It came 78 minutes into a scrappy, hard-fought and often fiery encounter with the lowest-ranked team at Euro 2020, who were making their major tournament debut.

Austria eventually got a third in the 90th minute through Marko Arnautovic, but Foda’s side had to dig deep for the three points and questions will undoubtedly now be raised again about Alaba’s best role.

The 28-year-old, who recently joined Real Madrid on a free transfer after 13 trophy-laden years with Bayern Munich, is renowned for his versatility.

Even so, it came as something of a surprise to see Austria’s star player line up in the centre of a back three for their opening game.

It was up to Marcel Sabitzer to provide the craft necessary to break down the resilient debutants early on.

The playmaker showed some frustration inside the opening 15 minutes, throwing his arms in the air at the lack of options in front of him, but it was the RB Leipzig man’s wonderful delivery that led to Stefan Lainer’s volleyed opener.

But a calamitous defensive mix-up handed North Macedonia their historic first major tournament goal through 37-year-old Goran Pandev, putting the impetus back on Austria to unlock the defence once more.

As Sabitzer’s influence waned and the game reached the final 15 minutes, Alaba took matters into his own hands and began to venture forward more.

He did not need long to make an impact - his moment of magic was produced with 12 minutes remaining and ultimately won the game for Foda’s side.

It was a clear sign of Alaba’s ability to threaten in the final third, an area of the pitch he was the furthest from of all Austria’s outfield players for most of the game.

The brilliant assist may well lead to calls for him to be deployed in midfield for their remaining Group C games against Ukraine and the Netherlands.

Questions over Alaba’s role aside, there were many positives for Austria.

Foda’s side had one win in six games and had not scored for over 300 minutes leading up to the tournament.

Therefore, registering their first Euros victory and scoring three times in the process will relieve some pressure as they aim for a place in the last-16.