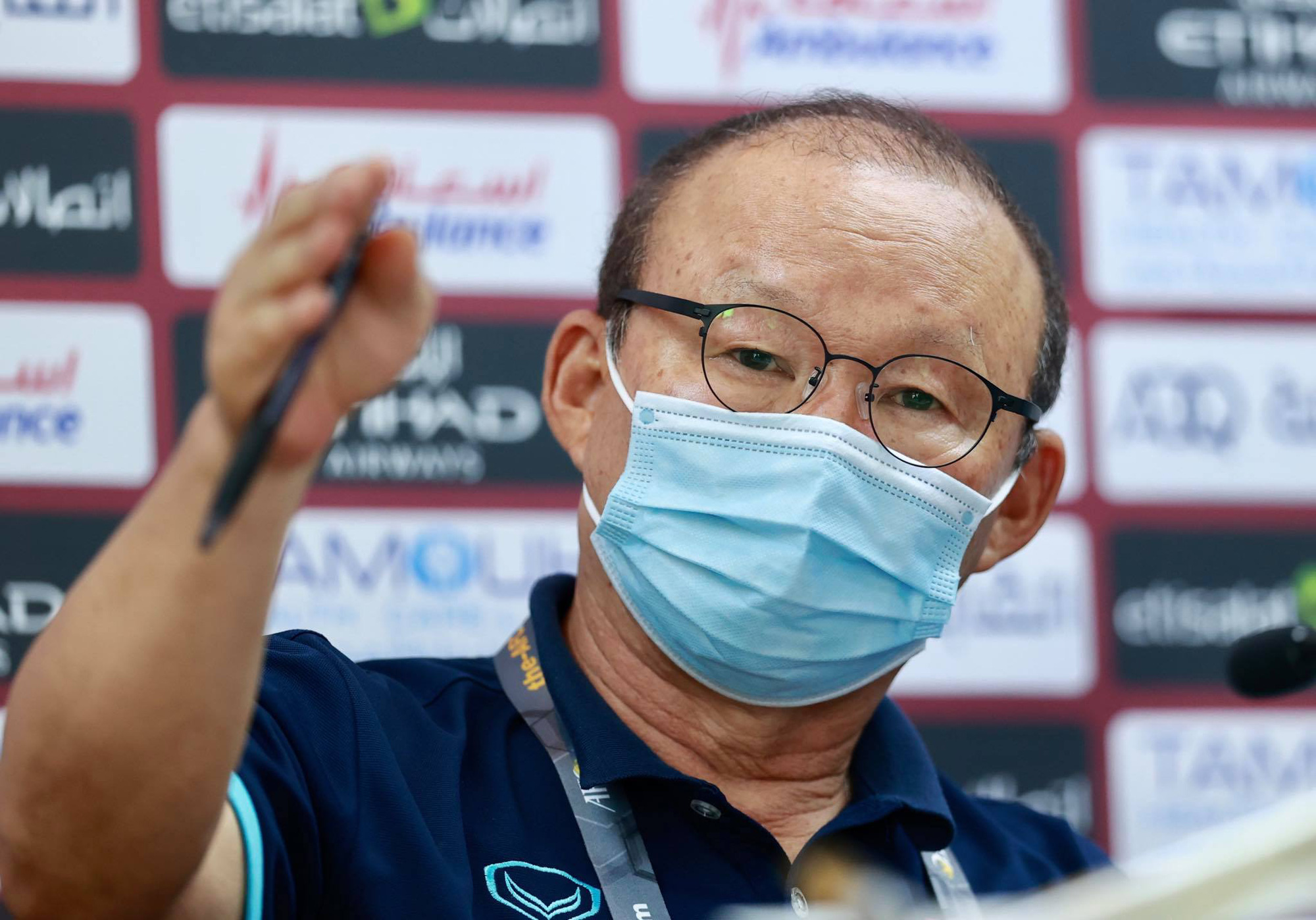 Vietnam’s head coach Park Hang Seo told his players not to aim for a draw with the UAE as Group G's top two sides battle for a direct ticket to the final round of the Asian qualifiers for the 2022 FIFA World Cup.

The match will take place at Zabeel Stadium in Dubai and be broadcast live from 11:45 pm on Tuesday (Vietnam time) on Vietnam Television’s VTV5 and VTV6 channels.

With just two points separating group leaders Vietnam from their nearest chasers the UAE prior to the final matchday of the second qualifying round, the former only need to avoid a defeat to book a berth among the final 12 from eight groups.

But keeping The Whites at bay will not be an easy task for the Southeast Asian champions, their head coach warned during a pre-match press conference on Monday evening.

“The UAE are the strongest team in the group,” Park said.

Park talked highly of the UAE’s tactical and technical levels, which promise a tough game ahead for his players.

Prolific striker Ali Mabkhout, who was absent from the two sides’ previous clash in 2019, and three naturalized players are set to form a strong attacking line, creating great challenges for the Vietnamese.

Despite holding his players down to earth, Park seems to aim for no less than a repeat of their win over the UAE to keep dreams of a first-ever FIFA World Cup final qualifying round burning bright.

“I don’t want the players to think that they just need to draw against the UAE to remain on top of the table,” he said.

“We do not think the UAE are the team with the strongest attack because Vietnam have met Iran and Iraq before,” the head coach added while turning down reporters’ lauding the Golden Dragons’ defenders as one of the best.

“No matter what, we will try to play according to the prepared strategy."

The second qualifying round of the 2022 FIFA World Cup, hosted by Qatar next year, has 40 teams drawn into eight groups of five to play home and away round-robin matches since September 5, 2019.

In Group G, Vietnam are leading with 17 points after seven games, followed by the UAE with 15 points, and Thailand and Malaysia on nine points.

Indonesia earned only one point and were already eliminated despite playing one game more than the others.