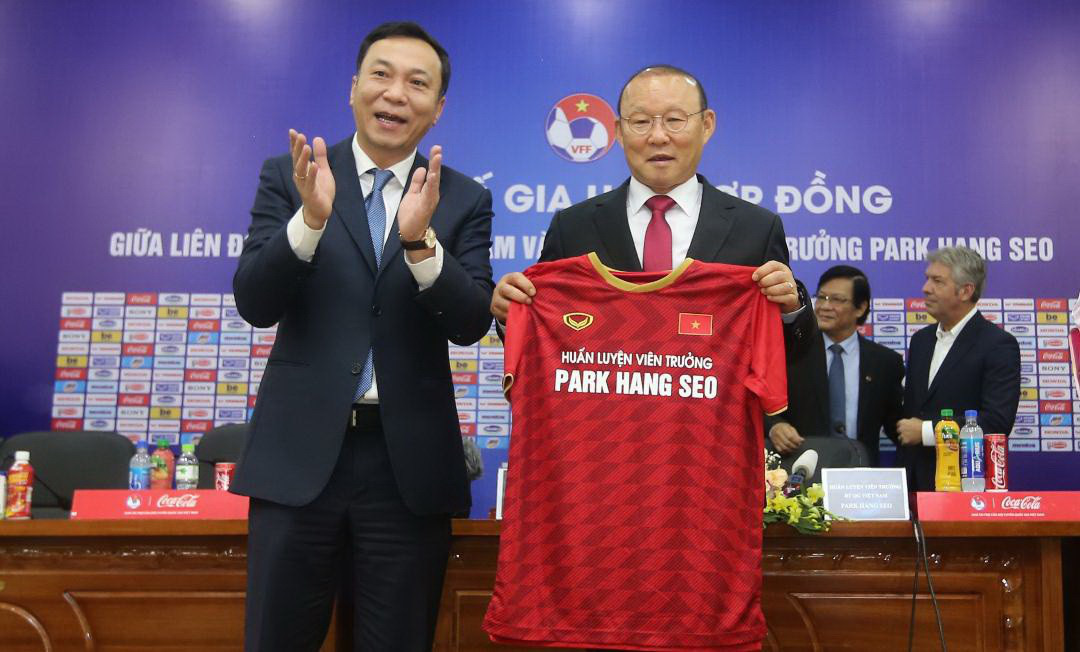 “At a time when the team are focusing on the first match of the 2022 FIFA World Cup final qualifying round, inappropriate information related to the contract between VFF and coach Park Hang Seo has appeared on social networks, creating incorrect public opinion and significantly affecting the preparation of the squad,” the VFF said.

According to the rumors, coach Park will go to Thailand to work as the Thai men’s team head coach, the position that has been left empty since the Football Association of Thailand fired Japanese Akira Nishino on July 29, citing the War Elephants' poor performance, including their recent second-round exit from the 2022 FIFA World Cup qualifiers.

The rumors appeared as the previously-renewed three-year contract between the VFF and Park will expire at the beginning of 2022.

The VFF and Park have agreed to proceed with the contract extension at an appropriate time as he and his team are carefully preparing for the final qualifying round of the 2022 FIFA World Cup, according to VFF general secretary Le Hoai Anh.

Anh said the VFF highly appreciates Park’s ability and his contribution to Vietnamese football over the years.

In his remarks to local media, coach Park also affirmed his desire to work for Vietnamese football and said he feels happy with his work in Vietnam.

Park is beloved by many Vietnamese football fans for his guiding the country’s football to unprecedented achievements over the past few years.

The South Korean coach signed his first contract with the VFF in late 2017 before renewing it for three more years in late 2019.

During his spell, Vietnam finished second at the under-23 Asian championship in January 2018, claimed fourth place in the Asian Games tournament in August the same year, and most remarkably, won the trophy of the ASEAN Football Federation (AFF) Cup in December 2018.

He also led the national team to the quarterfinals of the 2019 AFC Asian Cup in Qatar in January 2019.

In their most recent achievement, Vietnam have advanced to the final round of the Asian qualifiers for the 2022 FIFA World Cup as one of the five best group runners-up with seven unbeaten games in the second qualifying stage.

The Golden Dragons have been placed in the same Group B as regional favorites Japan and Australia, along with Saudi Arabia, China, and Oman, in the final round, which is scheduled to be played from September 2, 2021 to March 29, 2022.

The team will head for Saudi Arabia on Thursday ahead of their match against the hosts on September 2, according to the VFF’s latest announcement.