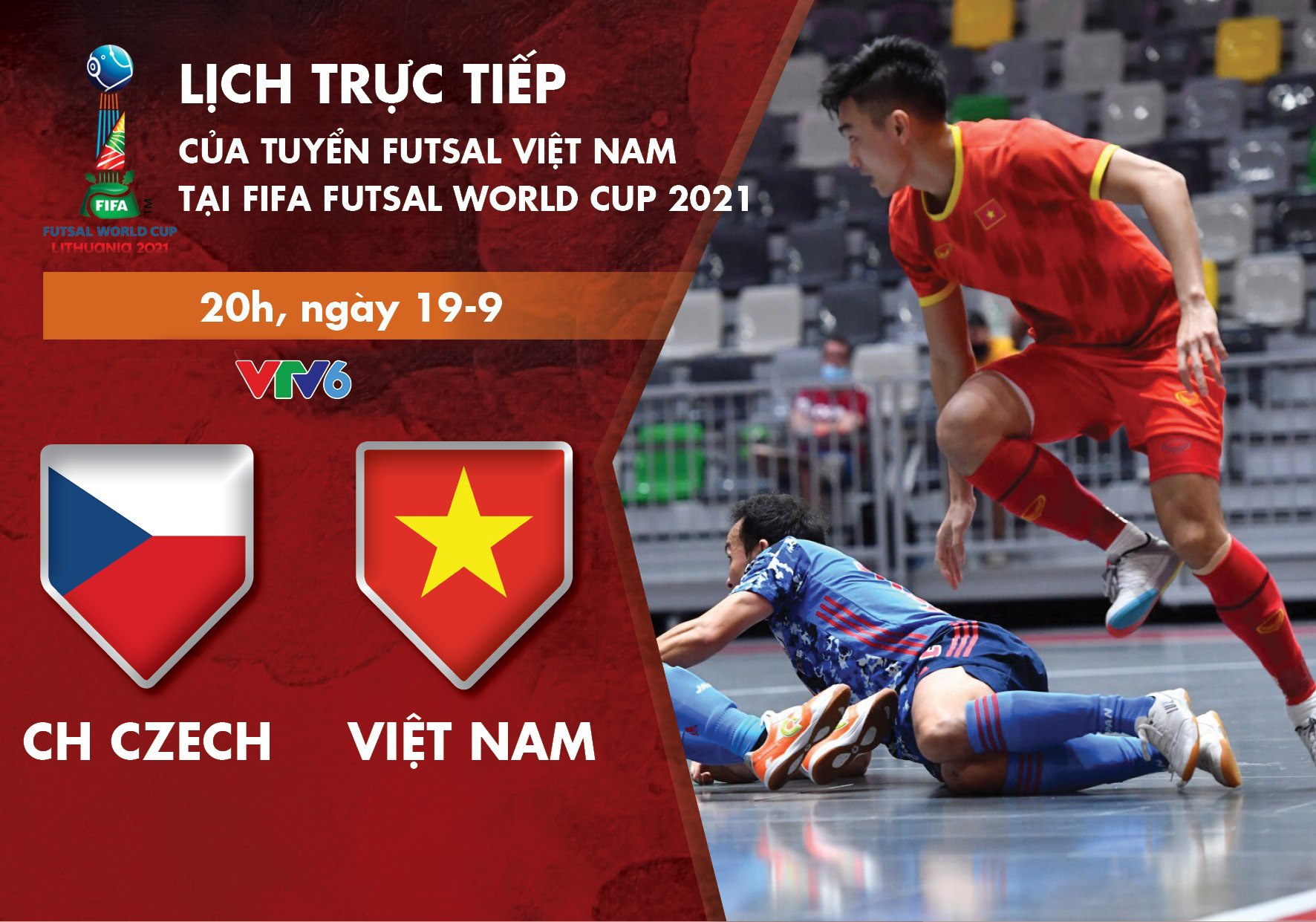 Vietnam will compete with the Czech Republic in their final group-stage game at the 2021 FIFA Futsal World Cup in Lithuania on Sunday evening.

The game will be aired on VTV6 channel at 8:00 pm on Sunday (Vietnam time).

The Vietnamese players will secure a ticket to the knockout phase if they score either a victory or tie.

If they lose, they will have to wait for the remaining teams in Group D to finish their games.

However, it may not look promising for Vietnam if they are defeated by the Czech Republic given the current goal difference of minus seven.

The Golden Stars previously lost 1-9 to Brazil in their opener at the FIFA Futsal World Cup Lithuania 2021 early on Tuesday morning.

They had one step closer to advancing out of the group stage after grabbing a 3-2 victory over Panama in their second game on Thursday night.

Brazil have qualified for the Round of 16 thanks to a 4-0 win over the Czech Republic.