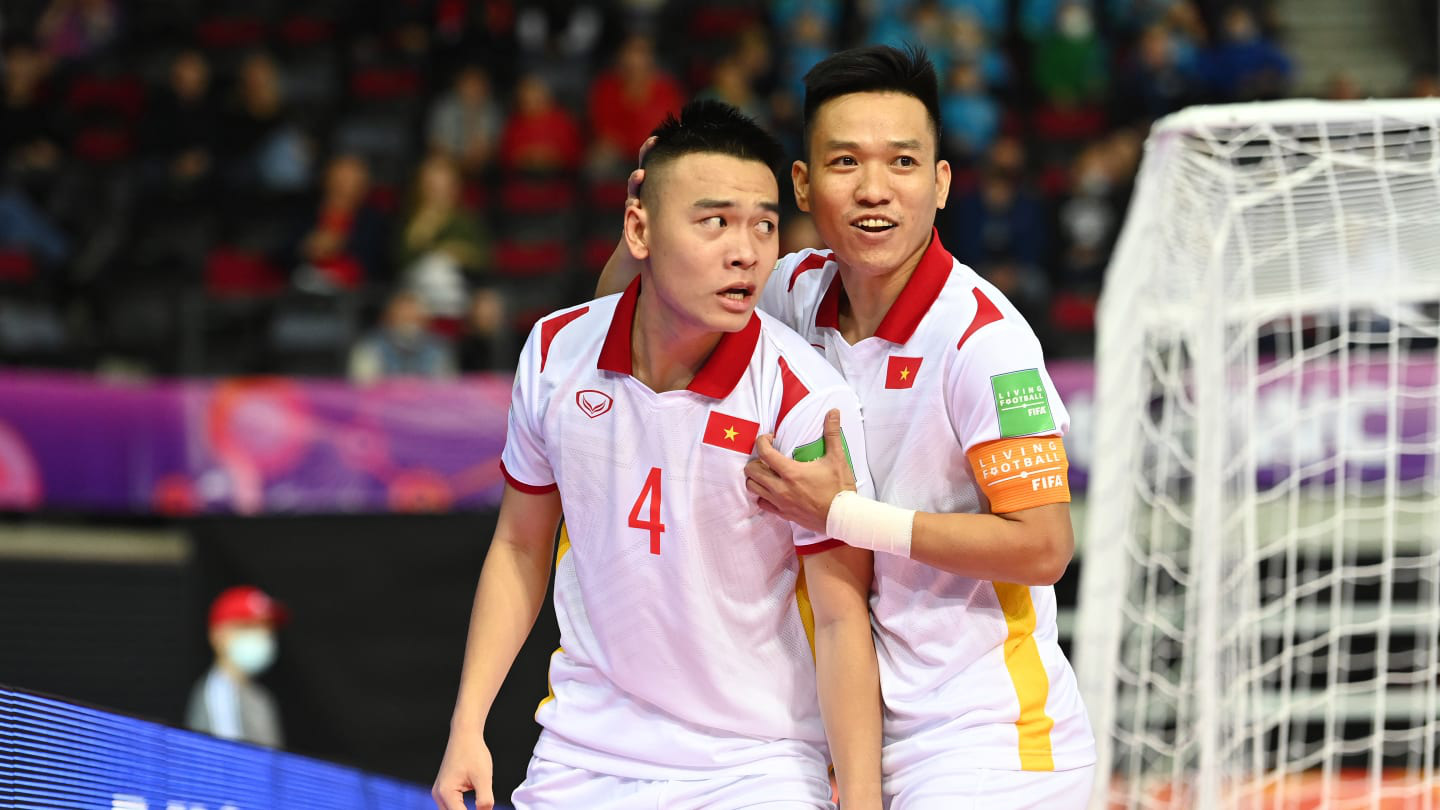 Vietnam grabbed a 3-2 victory over Panama in their second game at the 2021 FIFA Futsal World Cup in Lithuania on Thursday night, putting them one step closer to advancing out of the group stage.

With the opportunity to qualify for the knockout phase on the line, both Vietnam and Panama began the match with determination for victory.

Just two minutes in, Nguyen Minh Tri netted an assist from Chau Doan Phat to mark a strong start from the Golden Stars.

Seven minutes later, Phat followed up Tri’s performance with a second goal for Vietnam, placing the Southeast Asian side in a 2-0 lead.

Panama’s Abdiel Castrellon put his team on the board with a goal in the eleventh minute.

Drama ensued shortly after when Vietnamese keeper Ho Van Y positioned a shot on Panama’s goal that bounced off the crossbar and then the side post before the referee declared it a miss.

Vietnam made several follow-up attempts throughout the first half, but none were successful.

Meanwhile, their players committed six fouls under Panama’s pressure and gave up a direct free kick without a wall.

Castrellon used the opportunity to tie up the match 2-2.

Vietnam managed to pull ahead in the second half when Nguyen Van Hieu, despite strong pressure from Panama, managed to dribble past the Panamanian defenders and goalkeeper to score the Vietnamese side's third goal of the match.

The rest of the match saw keeper Ho Van Y put up an excellent performance between the sticks to help his team deny several powerful attacks from Panama.

In the last five minutes, Panama switched to power-play by moving their keeper into an attack position, but were unsuccessful in getting the ball past Y.

The 3-2 win, Vietnam’s first victory at the 2021 FIFA Futsal World Cup in Lithuania, pushed the team from the bottom of Group D to third place, keeping their hope alive for a ticket to the next round.

In Group D, Brazil have qualified for the Round of 16 thanks to a 4-0 win over the Czech Republic on the same night. The Seleção had routed Vietnam 9-1 in their opener on Tuesday.

Vietnam will face the Czech Republic on Sunday as the latter seek to cement its hold on second place in the group.