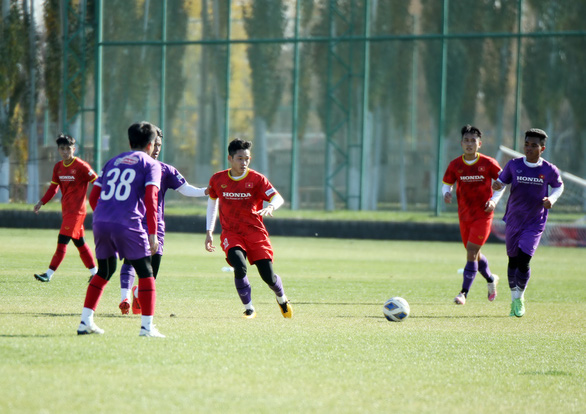 A victory over Myanmar in the last match in Group I of the 2022 AFC U23 Asian Cup qualifiers on Tuesday will not only earn Vietnam a ticket to the final round but also help them show their true colors.

The game will be broadcast live from 5:00 pm on Tuesday (Vietnam time) on Vietnam Television’s VTV6.

Vietnam and Myanmar currently have the same points and the same goal difference in Group I after they both beat Taiwan by a goal to nil last week.

That makes Tuesday’s match the decider for the first place in Group I and a slot to compete in the 2022 AFC U23 Cup.

If the match ends in a draw, a penalty shootout will be held to determine the winner of the group.

The team that lose the game will have to wait for the results of other matchups to see if they qualify as one of the four best second-placed squads.

Vietnam’s head coach Park Hang Seo has ordered his player to avoid this scenario by deciding the game in 90 minutes.

That will be a difficult mission for the Vietnamese players as none of Vietnam’s U23 teams have ever defeated their Myanmarese counterparts in the four most recent official matchups.

In addition, the current Vietnamese U23 team are still in the stage of building their play style while their rivals have competed together since the 2019 Southeast Asian Games in the Philippines.

The Vietnamese players have trained hard in terms of physical exercises and tactics for this key showdown.

Forty-two teams were drawn into nine groups of four and two groups of three teams, including Vietnam’s Group I.

A total of 16 teams will qualify for the final tournament, including hosts Uzbekistan, eleven group winners, and the four best runners-up.