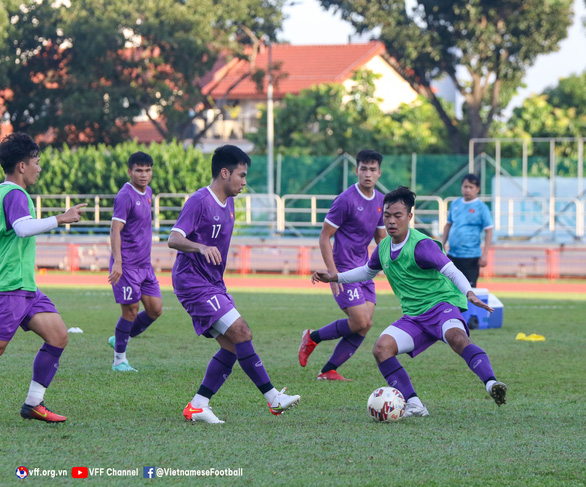 Vietnam, Indonesia to face off for spot in AFF Suzuki Cup semifinals

All eyes are on the Group B game between Vietnam and Indonesia at the delayed 2020 AFF Suzuki Cup held in Singapore on Wednesday evening.

Vietnam Television’s VTV5 and VTV6 channels will broadcast the game live from Bishan Stadium at 7:30 pm.

Both sides have earned six points after two victories each in their first two matchdays, with Indonesia temporarily on top of Group B due to a higher goal difference while Vietnam rank second.

A win will mean a ticket to the tourney’s semifinals for either side while a tie or defeat will make the last round of the group stage more intense.

Vietnam, now the favorites to win the championship, have never beaten Indonesia in the past 25 years at the AFF Suzuki Cup.

Before the Vietnam-Indonesia showdown, Cambodia will take on Laos in the same group at 4:30 pm.

The reigning champions, Vietnam, who claimed a 3-2 aggregate triumph over Malaysia in the 2018 AFF Suzuki Cup finale, were drawn in Group B alongside Malaysia, Indonesia, Cambodia, and Laos.

Thailand and Singapore booked a spot in the semifinals with respective 2-1 and 2-0 wins against the Philippines and Timor Leste on Tuesday night.