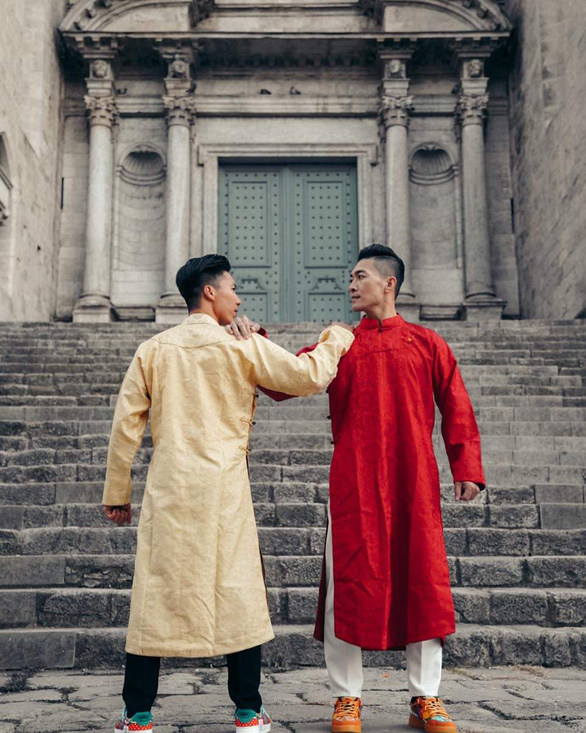 Vietnamese acrobat duo the Giang Brothers will make effort to break their own world record they set five years ago for head-to-head stair climbing at the Cathedral of Girona in Spain, Giang Quoc Co, one of the two circus artists, said on Thursday.

Co, 37, and his brother 31-year-old Giang Quoc Nghiep flew to Spain on December 17 to prepare for their event that is slated to take place at 1:00 pm (Spanish time) on Thursday, or at 7:00 pm in Vietnam time, at the same church.

They were invited to perform by the Spain-based Circus Arts Foundation that had sent its invitation to the Ho Chi Minh City Department of Culture and Sports and Phuong Nam Art Theater Troupe.

Over the past several days, Co and Nghiep, known globally as the Giang Brothers, have practiced for their performance and joined some cultural activities to promote the event.

In their coming challenge, the two Guinness World Record holders will try to climb 100 church steps for under one minute while doing a head-to-head balancing act, in order to break their own record set in 2016.

On their first day, because the weather was too cold, two degrees Celsius, and wet, the stairs became quite slippery, making it difficult for the two daredevils to practice.

Co shared that he could not lift his legs after reaching the 60th stair on the first day of practice after arriving in Spain.

“I don't know why…Maybe, due to our limited practice during the COVID-19 pandemic or weather conditions, our results have not been as good as desired,” Co said.

However, the duo have tried their best exercising and their performance has improved gradually.

They could finish 90 steps on the second day, but Nghiep suddenly fell on the third day at the 50th stair.

This incident worried the Giang Brothers, but they have still kept calm and tried to identify and correct their defects.

It is expected the acrobats will return to Vietnam on January 1.

In December 2016, Co and Nghiep set a new world record by head-to-head climbing 90 steps in 52 seconds, breaking the record held by Chinese duo Tang Tao and Su Zengxian, who ascended 25 consecutive stairs in a minute using the same technique in September 2014.

The Vietnamese acrobatic brothers also set another Guinness World Record in Italy in 2018 for ‘climbing and descending ten stairs backwards while being blindfolded and balancing head to head.’

The brothers were given one minute to perform their stunt but were able to finish it in just 53.97 seconds.

Three years ago, the Giang Brothers were also well known for their daredevil gymnastics routines that earned them a spot amongst the finalists of Britain’s Got Talent 2018.