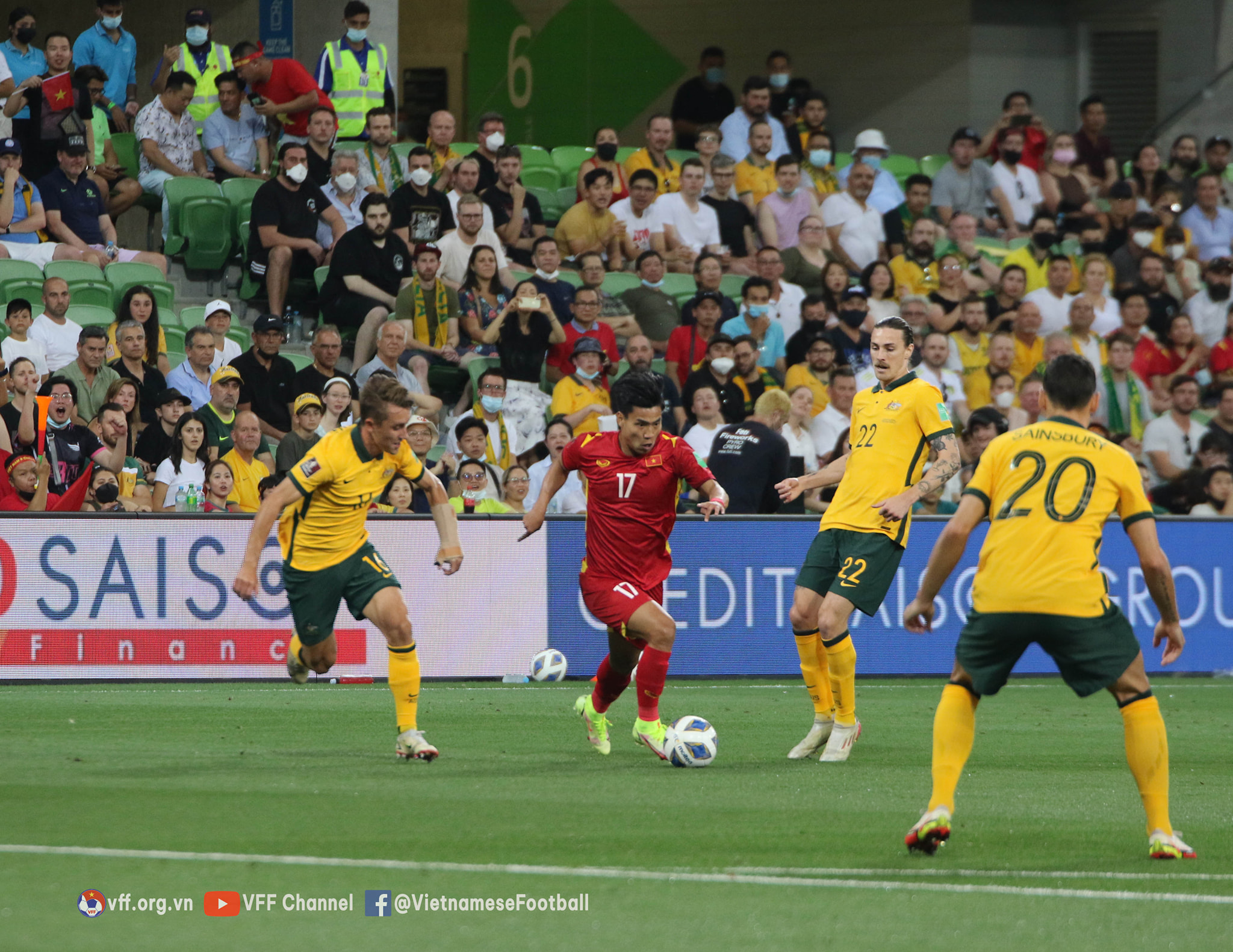 Vietnam suffered a 0-4 loss against Australia in their 2022 FIFA World Cup Asian qualifier in Melbourne on Thursday afternoon, ending their dreams of winning a ticket to the Qatar finals later this year.

Vietnam were looking for their first points in the final round, whereas Australia needed a win to take one of the two automatic spots in Qatar and avoid a play-off.

Facing a much stronger opponent, Vietnam let the Socceroos find their net right in the first minute.

South Korean referee Hyung-Jin Ko, however, denied the phase over its offside position after checking VAR.

Australia then completely dominated with more than 60 percent of possession while Vietnam did not even have an obvious chance.

Jamie Maclaren opened the score in the 30th minute with a thumping header from a pinpoint cross of Tom Rogic.

In the second extra minute of the first half, it was Rogic who finished elegantly after receiving a neat pass from Mathew Leckie to make it 2-0 for Australia.

However, the Vietnamese players were wasteful, failing to convert their rare opportunities.

The hosts put the result beyond doubt in the 72nd minute when Craig Goodwin lofted the ball past Vietnamese keeper Bui Tan Truong to score the third goal for Australia.

Four minutes later, Riley McGree, minutes after being subbed in for Rogic, scored from an accurate strike to settle a 4-0 win for the host.

With another loss, and the third consecutive goalless game, Vietnam are with zero point and no chance left to qualify for the 2022 World Cup.

Australia will next travel to Muscat to face Oman on Matchday Eight on February 1, while the Golden Stars will host China in Hanoi on the same day.

The top two teams from each group will qualify for the finals in Qatar in November-December while the third-place teams will vie for a spot via an inter-continental play-off.