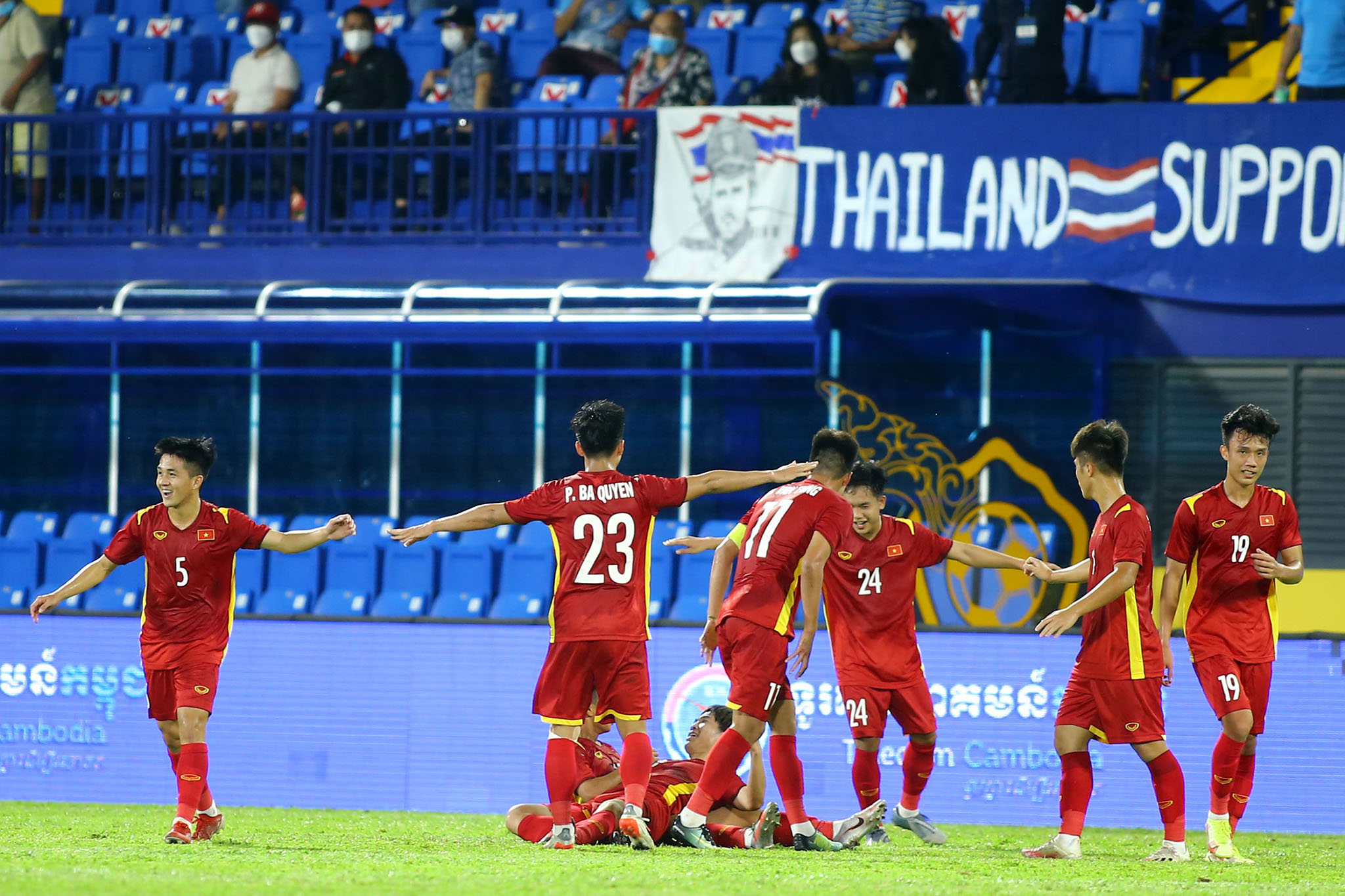 The Vietnamese U23 football squad will have to overcome a shortage of players caused by COVID-19 in their match against Timor-Leste as part of the 2022 ASEAN Football Federation (AFF) U23 Youth Championship semifinals on Thursday night.

The game will be broadcast live at 7:30 pm on the national channel VTV6 and the FPT Play platform.

Vietnam advanced to the semifinals as the winners of Group C thanks to a perfect record of two victories from their two group-stage matches while Timor-Leste topped Group A.

After their 1-0 triumph over Thailand on Tuesday night, seven players from the Vietnamese team tested positive for COVID-19.

“After the match against Thailand, our squad were hit by COVID-19 again,” head coach Dinh The Nam, who only had ten players on the field for Wednesday’s practice, shared during an online press conference the same day.

Nam is looking forward to the recovery of the four players who had tested positive for the coronavirus on February 19.

In the meantime, four additional players have been selected to join the team and were expected to arrive in Phnom Penh on Thursday morning as Vietnam’s second reinforcement.

Vietnam had already added six players to the squad after multiple COVID-19 cases had been detected on the team.

“I hope the team will have enough players,” Nam said.

“But either way, we are determined to complete our task.

“We will motivate and encourage the players for the game against Timor-Leste.”

Group A has hosts Cambodia, Timor-Leste, the Philippines, and Brunei while Group B includes Indonesia, Malaysia, Myanmar, and Laos.

Vietnam and Thailand were drawn in Group C, alongside Singapore.

The top team of each group and the best runners-up, namely Timor-Leste, Laos, Vietnam, and Thailand, have qualified for the semifinals.

Laos will compete against Thailand in the other semi on Thursday night to decide which team will play either Vietnam or Timor-Leste in Saturday’s final.