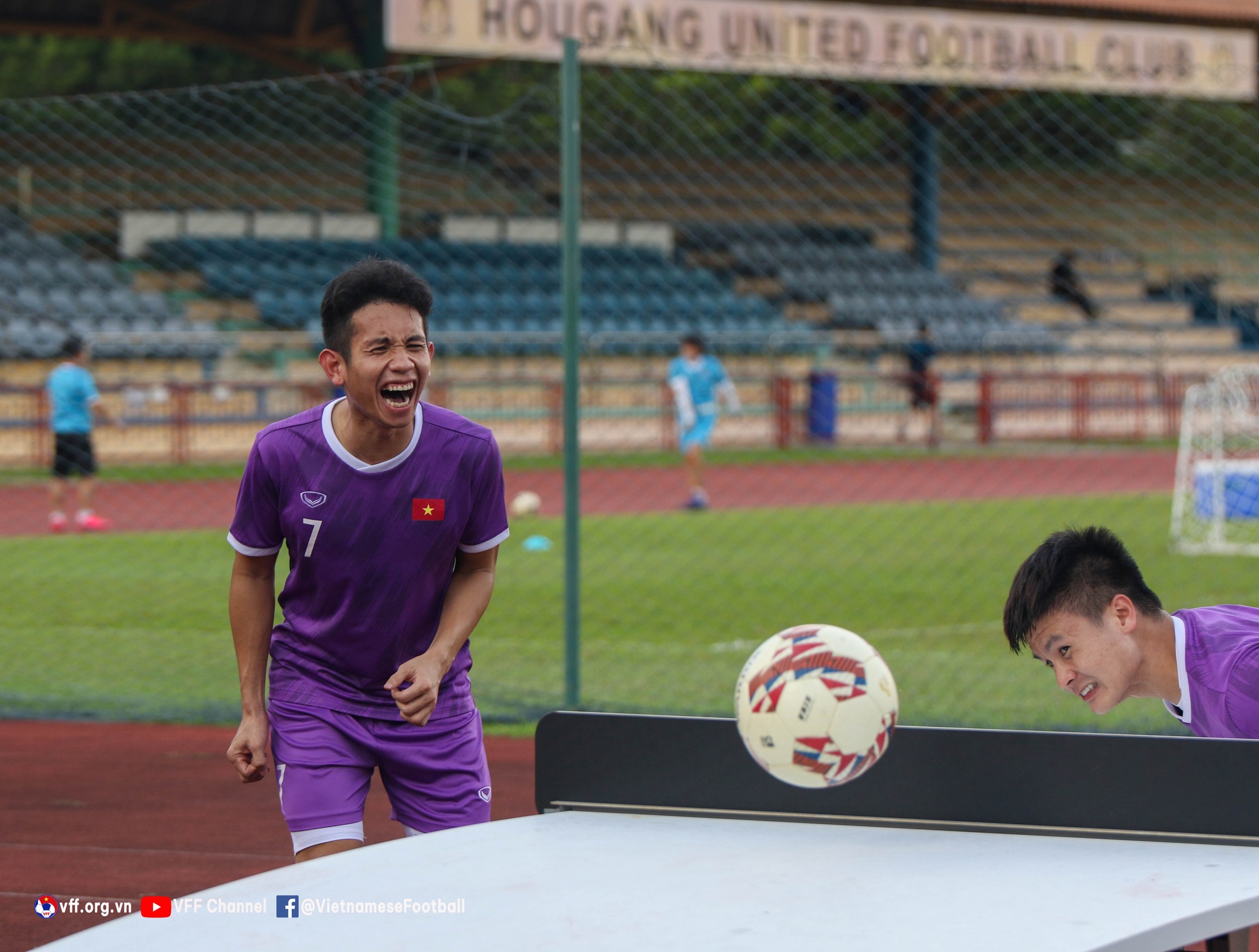 The Ho Chi Minh City Football Federation (HFF) signed on Thursday a deal with Pham Y Media Consulting Co. Ltd. to develop teqball, a combination of football and table tennis, in the city.

Teqball is played on a curved table where players hit a football back and forth with any part of the body except arms and hands.

It became the world’s fastest recognized sport in August 2018 when its highest governing body -- the International Federation of Teqball (FITEQ) -- was officially accepted by the Olympic Committee of Asia (OCA).

In June 2019, the unit was officially accredited by the Association of National Olympic Committees of Africa (ANOCA).

The FITEQ declared on its website that the sport has attracted more than 5,000 players in over 100 countries while 122 national teqball federations and over 2,000 clubs have been established around the world.

Retired Brazilian professional footballer Ronaldinho, superstars Messi and Neymar tried this new sport while many football coaches have used it as a training exercise to help their players increase ingenuity, sensitivity, and unity.

The Vietnam Olympic Committee gifted two teqball tables, which cost US$650-1,200 apiece on the market, to the HFF in 2020 to promote participation in the sport, according to the Ho Chi Minh City football governing body.

The HFF said it has made young players in its cooperation program with France’s Olympique Lyonnais FC to practice teqball so far.

It aims to establish a Vietnam teqball team to attend the 2028 Olympics in case the sport is added to the competition program.

“We have contacted universities in Ho Chi Minh City, Dong Nai, Binh Duong, and Ba Ria - Vung Tau Provinces for cooperation to develop the sport, and have received agreement from 20 of them,” said Doan Minh Xuong, in charge of football in the school program at the HFF.

“In the near future, together with our partners, we will provide equipment for those universities to facilitate practicing while continuing to seek support from professional sporting clubs.”