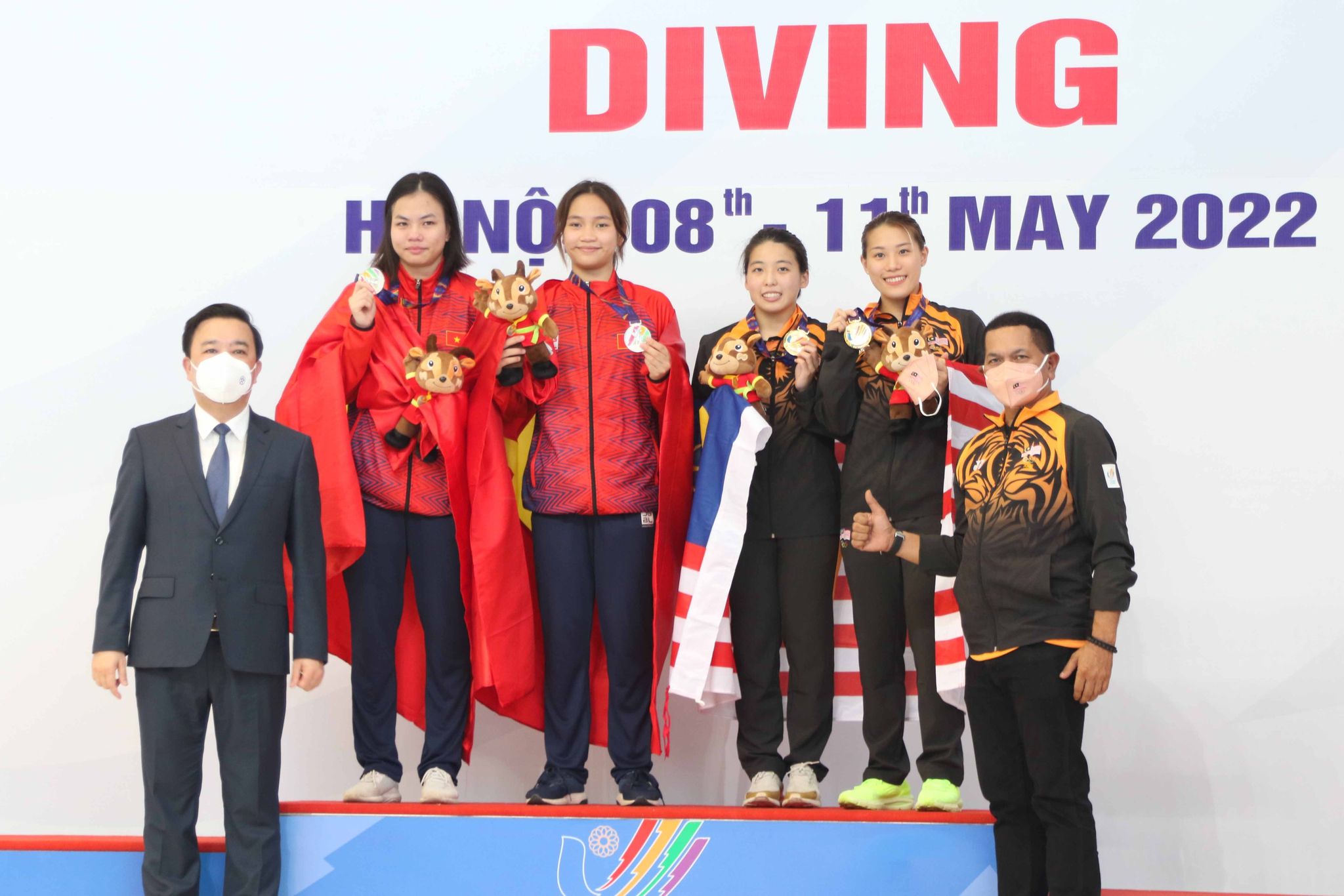 They competed against rivals from Malaysia and Singapore during the final held at My Dinh Water Sports Palace in Hanoi.

She also claimed a bronze in the women’s single one-meter springboard event on Sunday.

As the event was not a strong category for the home team, Phuong The Anh and Nguyen Tung Duong achieved the lowest scores of 248.25 points and 230.10 points, respectively.

Duong, once ranked fourth at the 30th SEA Games, even got zero points for making a mistake of letting his back make contact with the water when landing in his final dive.

Malaysia’s Ooi Tze Liang achieved 377.70 points and won the gold medal, ahead of Singapore’s Avvir Pac Lun Tham, who claimed the silver with 286.40 points, while the bronze medal went to Malaysia’s Betrand Rhodict with 284.90 points.

Ending the second day of the diving competition, Malaysia led with four golds and one silver, followed by Vietnam with two silvers and one bronze, and Singapore with one silver and one bronze.

The 31st SEA Games will take place in Hanoi and 11 neighboring provinces and cities from May 12 to 23, with some events set to commence a few days before the opening ceremony, including men’s and women’s football, kickboxing, diving, futsal, beach handball, rowing, and Kurash.