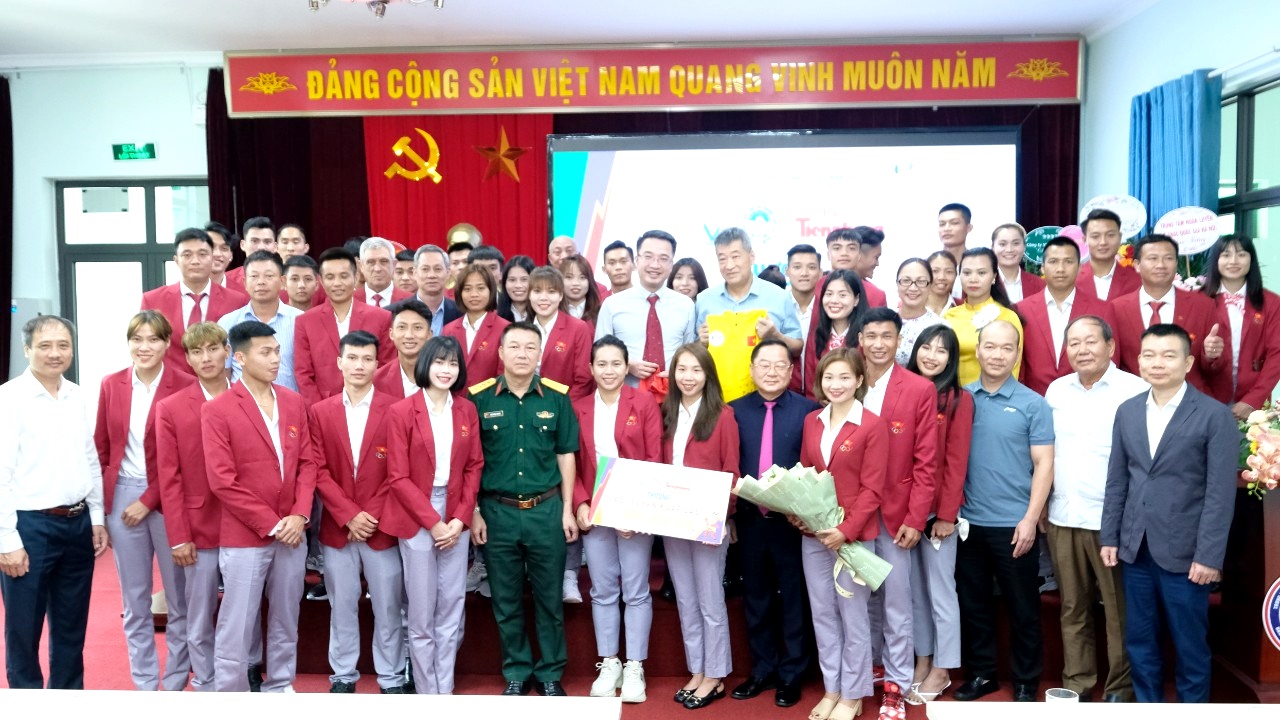 The Vietnamese athletics team participating in the 31st SEA Games included one manager, 20 coaches, and 65 athletes, who competed in 41 out of 47 categories of the sport.

They won a total of 22 gold medals, 14 silvers, and eight bronzes, and broke two records of the Games to top the standing while second-finisher Thailand brought home 12 gold medals.

This is Vietnam athletics’ best result so far in the regional sporting event’s history.

Notably, Hoang Nguyen Thanh won Vietnam’s first-ever gold medal in the men’s marathon and Nguyen Linh Na earned another in the women’s heptathlon with a result that surpassed the national record and ended the country’s 17-year drought.

The 31st SEA Games, which boasted 526 categories in 40 sports, took place in Hanoi and 11 neighboring provinces and cities from May 12 to 23.

Up to 7,878 athletes, coaches, and members from 11 sports delegations in Southeast Asia registered for the event.

They wrapped up the event atop of the medal table with 205 gold medals, 125 silvers, and 116 bronzes, far exceeding their target of claiming 140-150 gold medals, and breaking the previous gold medal record set by Indonesia in 1997.

This is the second time that Vietnam has hosted the SEA Games, following its first time in 2003.

After the SEA Games, the Vietnamese athletics team began training in preparation for the 19th Asian Games, scheduled for September 10 to 25 in Zhejiang, China, with the goal of winning one to two gold medals and two to three tickets to the 2024 Olympic Games in Paris.