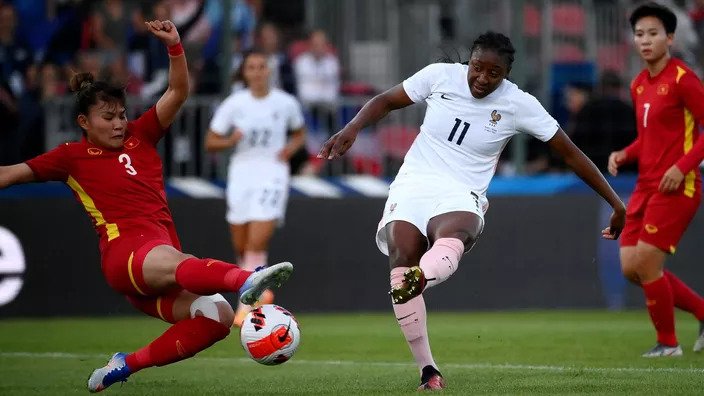 The Vietnamese women’s team lost 0-7 to France at the Source Stadium in Orleans on Saturday morning (Vietnam time) in a friendly match, where the visitors were completely the underdogs.

Vietnam got only one shot, which, however, was a vain attempt, after 90 minutes of play.

The first half was tough for the Vietnamese women due to the clear difference in class.

Despite their best efforts, goalkeeper Tran Thi Kim Thanh, center-back Chuong Thi Kieu, and their teammates could not stand the powerful attacks from the home team and conceded an early goal after only five minutes.

Delphine Cascarino opened the scoring for France with a close-range finish into an empty net.

As the hosts escalated pressure and threats, it was not until the 11th minute that Kadidiatou Diani raised the lead to 2-0 with a shot before the siege of three Vietnamese players.

The goals then continuously came for France in the 16th, 22nd, and 33rd.

The match score increased to 6-0 by the end of the first half.

After the break, France still dominated the game, but they focused more on teamworks, instead of scoring.

Vietnam managed to carry out one attack, but remained empty handed after Cu Thi Huynh Nhu sprinted down to finish in the 54th minute.

The home team extended Vietnam’s woes with the seventh goal in the 68th minute.

The game ended with a 0-7 trouncing for Vietnam. 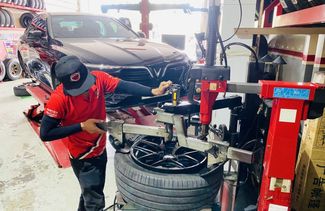