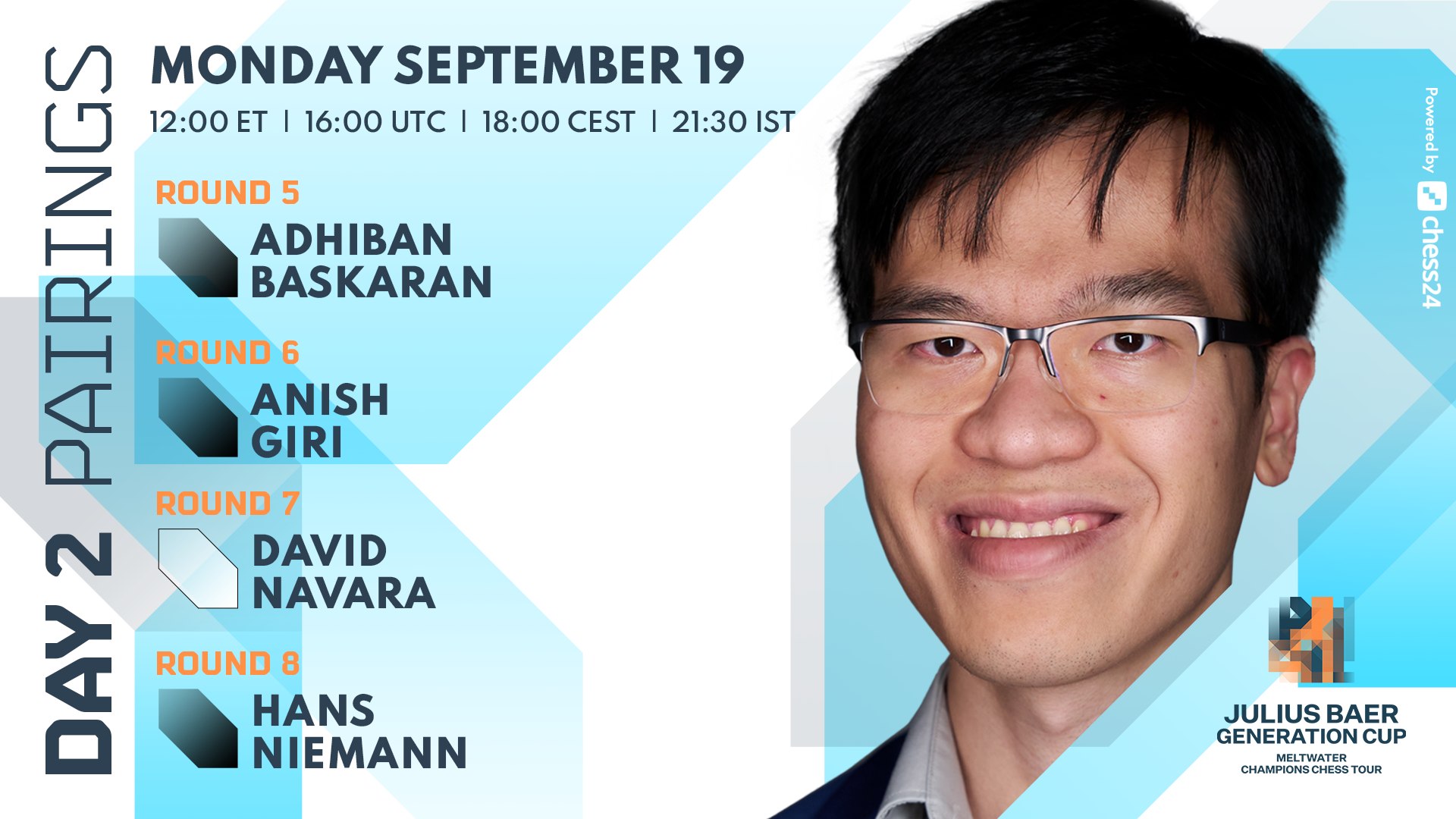 Vietnamese chess ace Le Quang Liem showcased his talent in great performances with three wins and one draw in four games on Tuesday morning (Vietnam time) - the second day of the first round at the Julius Baer Generation Cup 2022, inching closer to the quarterfinals of the online tournament.

The Julius Baer Generation Cup is a tournament in the Champions Chess Tour 2022 with the participation of 16 players, including ‘chess king’ Magnus Carlsen, 2021 World Cup champion Jan-Krzysztof Duda, and former world No. 2 Levon Aronian.

Liem had a tough start at this tourney with two draws and two defeats, including one lost to Carlsen in the fourth game, on the first day.

With only two points, he was temporarily ranked 14th out of the 16 players.

Liem prospered on Tuesday, the second day of the competition.

In Game 5, the first game of the day, he defeated his Indian opponent Adhiban Baskaran after 66 moves despite holding the black pawn.

After that, Liem held the World No. 7 Dutch player Anish Giri to a draw.

In Game 7, he delivered an impressive performance with a victory after only 39 moves against David Navara, an experienced player who claimed the Czech champion title for 11 times.

Following his early success, the Vietnamese chess master overcame the disadvantage of the black pawn to beat American opponent Hans Niemann in Game 8.

The high-performance streak sent Liem to the eighth place in the rankings with 12 points.

A slot in the quarterfinals is within his reach as long as he can retain his form.