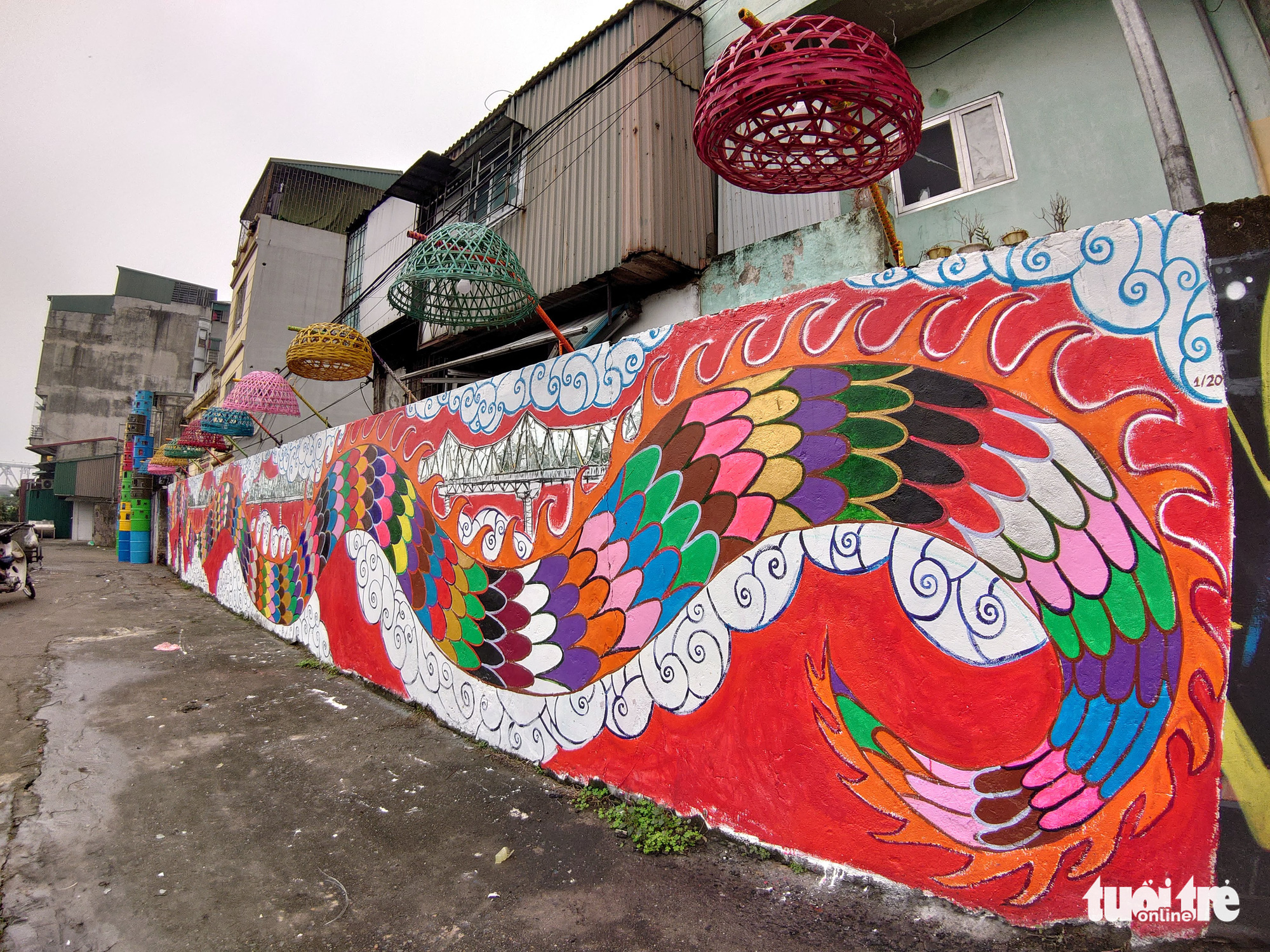 Sixteen story-telling art installations about Thang Long – Ke Cho, a former busy marketplace in Hanoi, have just been completed on a street running along the Hong (Red) River in the Vietnamese capital.

Talented artists have transformed the riverside street, located near Long Bien Market in Hoan Kiem District, from a makeshift garbage collection site into an absolutely unique cultural and artistic space, with art installations put together from plastic waste and broken glasses.

The landfill-turned-art space is part of a project to renovate the protective dike along the landside bank of the Red River.

Nguyen The Son and his team, the artists behind the artworks, spent two months bringing to life the works of art from their ideas on paper.

“We want to give the city’s ‘backside’ a facelift. It used to be a filthy, polluted area with trash thrown everywhere. With this project, we ‘pick up’ the trash and convert it to art,” Son, the project director, said.

Inspiration for the project sprang from the area’s special terrain and its historical and cultural elements related to Thang Long – Ke Cho, a crowded place where trades were made and which was often flooded during high tides in the Vietnamese capital.

The 16 artworks, made from see-through plastics and glasses, also generate a special lighting effect throughout the day, transforming the area into a unique space that attracts the community and brings cultural, environmental, and tourism benefits to local residents.