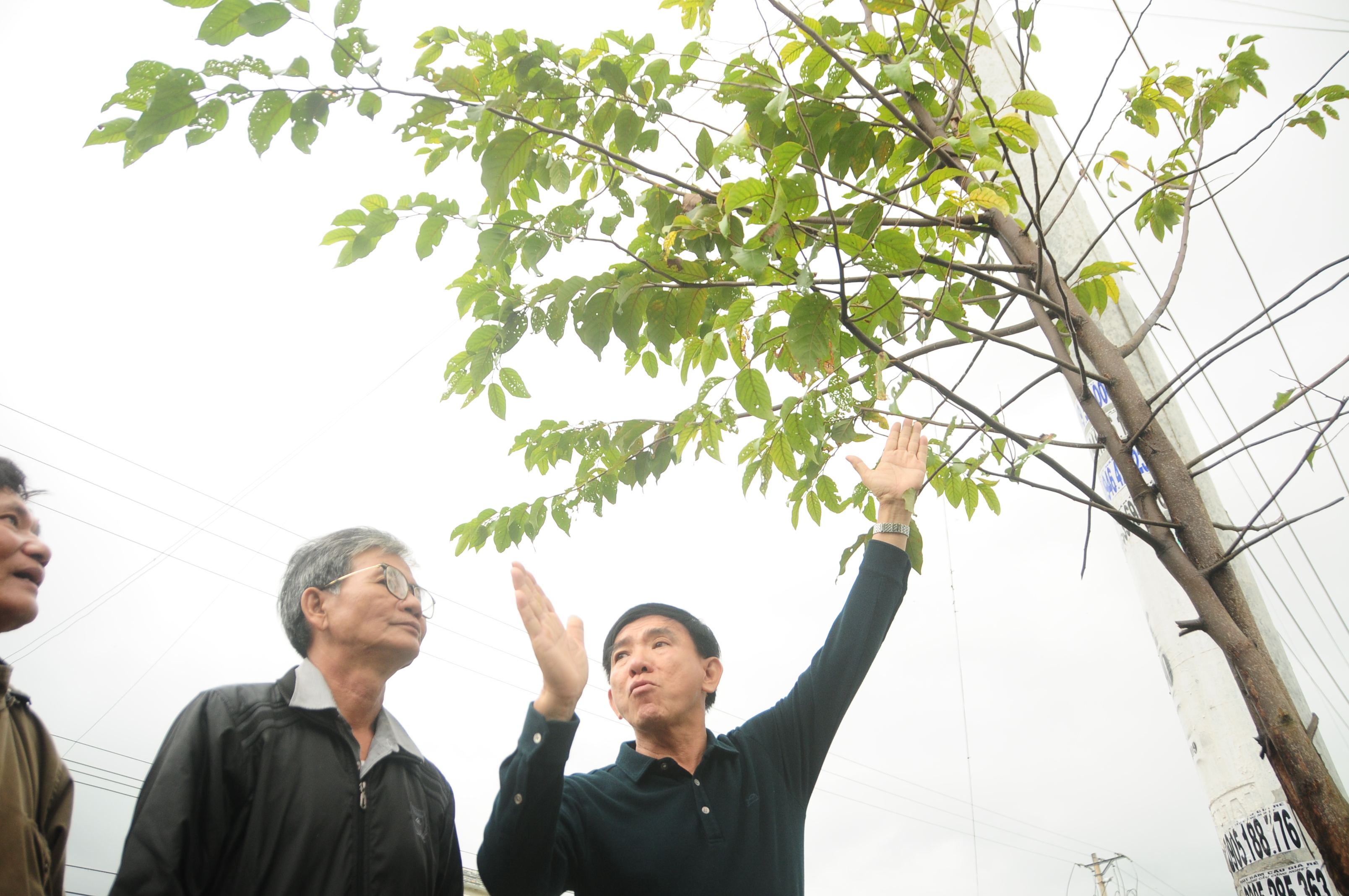 Seeds of hope: a former teacher’s dream to plant one million trees in Vietnam

Phan Xuan Anh, a former lecturer at the Ho Chi Minh City University of Education, has spent the past 12 years planting hundreds of thousands of trees in central Vietnam

The Nha Xanh Project – an initiative founded by Anh which aims to plant hundreds of thousands of trees across Vietnam – began in 2008 when the former lecturer shipped 2,000 golden oak and nacre trees to local officials across central Vietnam.

One of these officials, Da Thanh Hieu, the youth union secretary of Dai An Commune, Dai Loc District, Quang Nam Province, took the trees to his commune’s memorial temple where they’ve spent more than a decade thriving – an ode to nature’s beauty and endurance.

Recently, after months of being grounded by COVID-19 and flooding in central Vietnam, Anh was able to fly from Ho Chi Minh City to Quang Nam to check out the flourishing Golden Oak Forest in Dai Hoa.

“Oh my God, you grew so fast. You’ve gone form small seedlings to tall trees already,” he shouted upon his arrival at the memorial temple.

The 2,000 trees surrounding the temple are just the first of over 200,000 trees donated to various localities by Nha Xanh and, in their 12 years of life, their trunks have grown to nearly 80 centimeters in diameter.

“The trees have grown so quickly that now they can be seen from quite far away. It’s really inspired the local community to keep planting more,” Hieu explained as he led Nha Xanh’s delegation through the newly planted forest behind the Dai An Commune People’s Committee headquarters.

In My Tan village, Dai Phong Commune, Dai Loc District, the locals are particularly grateful to Anh for beautifying their town.

“We met Anh in 2016 to ask for financial support in digging a well in our village. He immediately agreed with one condition: We had to plant trees. When the trees had roots, the village would have a well,” recalled My Tan villager Duong Ruou Em.

After their meeting with Anh, the villagers, though doubtful that Anh would fulfill his promise, began clearing soil to plant trees. Just one month later, after two thousand gold oaks had been planted in the village, Anh presented the villagers with the VND60 million (US$2,600) they needed to drill the well.

The well, like the local schools, is located among the golden oaks planted by the villages. To date, 20 schools in Dai Loc District lie in the shadows of oak trees planted as part of the Nha Xanh project.

“Our school received five hundred seedlings. The pupils planted the trees by themselves and gave each one a name,” said Tran Tan Tao, vice principal of Que Chau Primary School in Dai Loc District. “The trees have grown so tall that they now that they provide our students with enough shade to play outdoors and exercise.”

Asked how he felt about Nha Xanh, it’s clear Tao thinks the project has been a success.

“We’ve also received many scholarships from Nha Xanh. The project has been carried out for the last 12 years with more than 20,000 golden oaks planted each year,” he said.

I chose to plant trees as a way of contributing to society and I plan to continue this mission well into the future. My dream is to plant one million trees.

I support and encourage people to plant trees right where they live in order to create green spaces, preserve the environment, and protect villages and schools.