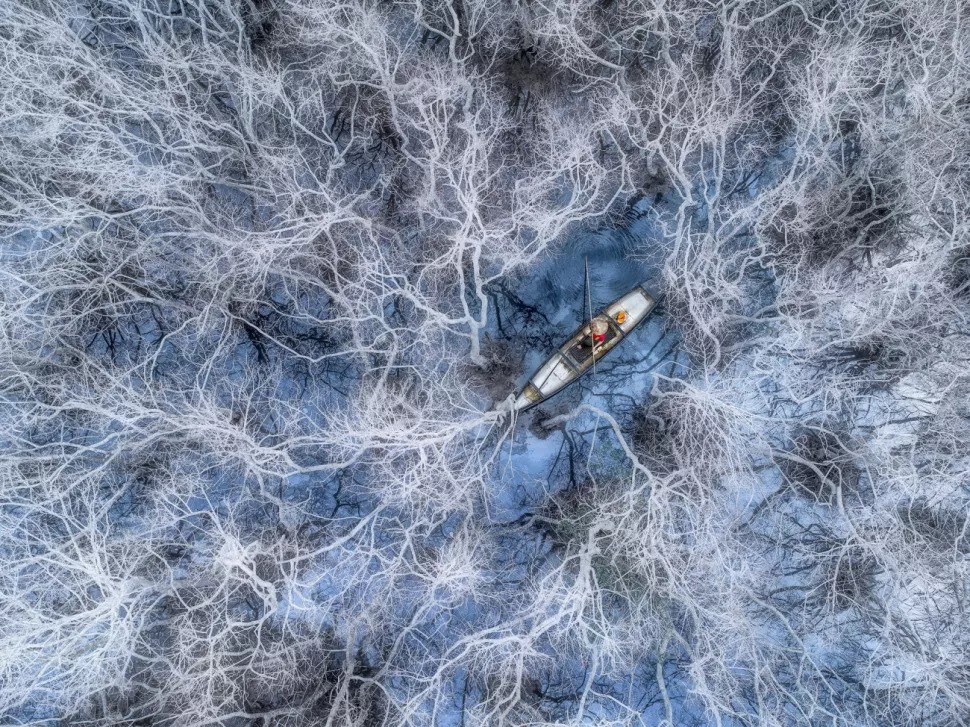 Vietnamese photographer Pham Huy Trung took the top spot in the ‘People’ category of the 2021 Drone Photo Awards with his work ‘Fishing in Mangrove Forest.’

The Drone Photo Awards is an aerial photography competition held annually as a part of Italy’s Siena International Photo Awards. This year marked the seventh iteration of the event.

The event attracted around 14,000 submissions from over 100 countries.

Norwegian photographer Terje Kolaas was the overall winner of the competition, thanks to his photo of pink-footed geese flying over a snow-laden landscape.

His winning photo illustrated the beauty of Vietnam’s mangrove forests as their leaves turn white in winter.

Though his experience as a photographer spans a mere five years, Trung has already seen success in the photography competition circle, scooping up awards at both Skypixel and the Sony World Photo Awards.

Check out some of the top photos from the 2021 Drone Photo Awards below: