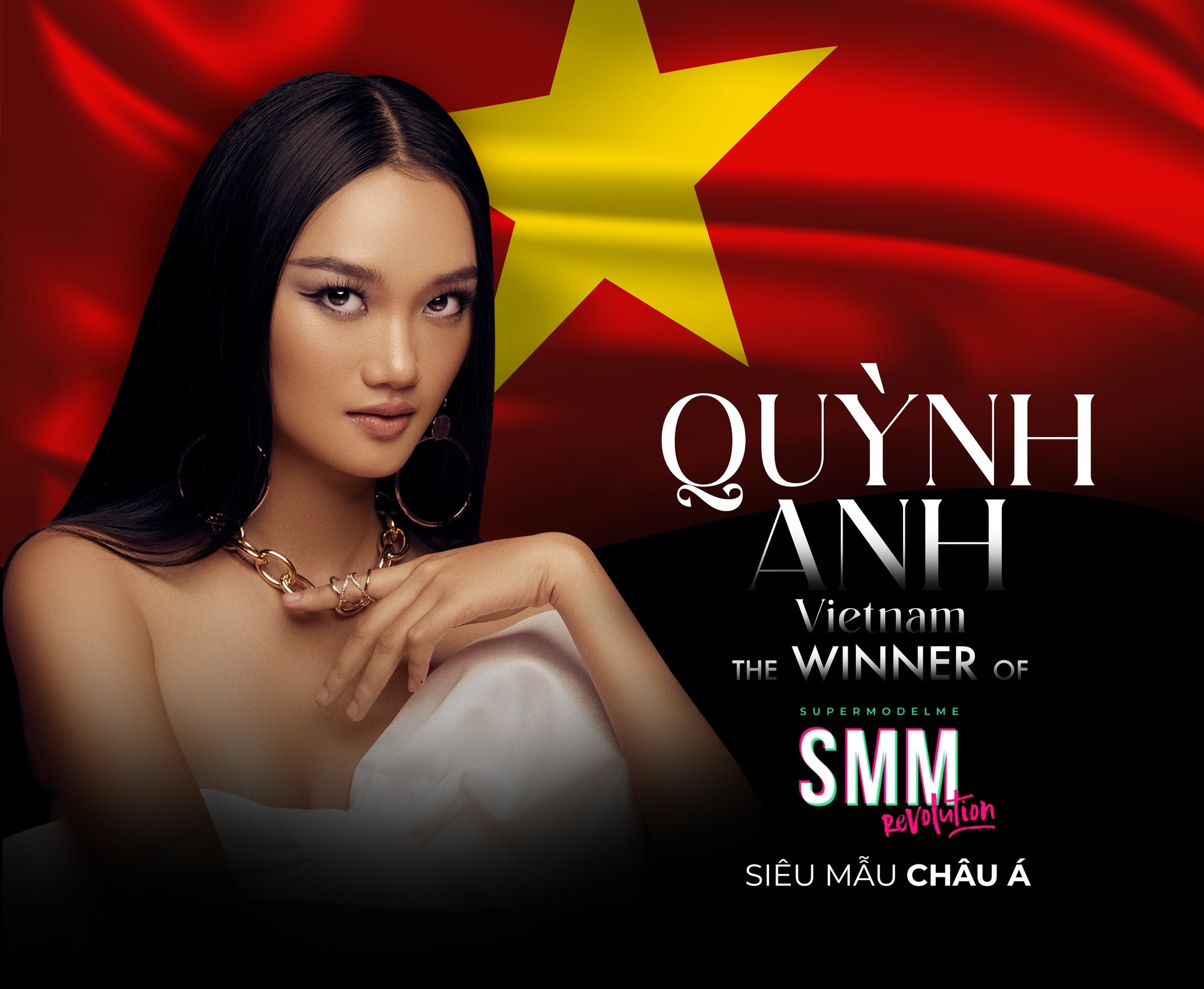 Vietnamese model Nguyen Quynh Anh won SupermodelMe Revolution held in Singapore on Monday, marking the first victory of a Vietnamese model in one of the biggest fashion competitions in Asia.

Anh outperformed her rivals, Nikki from the Philippines and Hannah of Singapore, in the finale on Monday evening, securing the top prize in the sixth season of the SupermodelMe Revolution.

The 10th episode of the contest saw the three contestants compete in a photo shoot and strut.

Anh showed off her confidence in both categories, winning the judges’ praise.

The Vietnamese model then claimed the top prize while Nikki was announced the first runner-up and the second runner-up title went to Hannah.

This was the first time a Vietnamese model had won an Asian supermodel competition.

“This victory is for everyone,” the model wrote in Vietnamese.

“Just have faith and bravery, you can do everything.”

Since May, she has been in Singapore to film for SupermodelMe, a multi-platform reality series in which a number of aspiring models of Asian heritage compete for a chance to launch their career in the fashion industry.

The sixth season, first broadcast on October 11, after a seven-year hiatus featured 12 contestants, with three from the Philippines, two each from Singapore and Vietnam, and one each from mainland China, Hong Kong, Indonesia, Malaysia, and Thailand.

The prizes for this season were a Subaru Ambassadorship, a cover on Harper’s Bazaar, and a modeling contract with Storm Model Management.