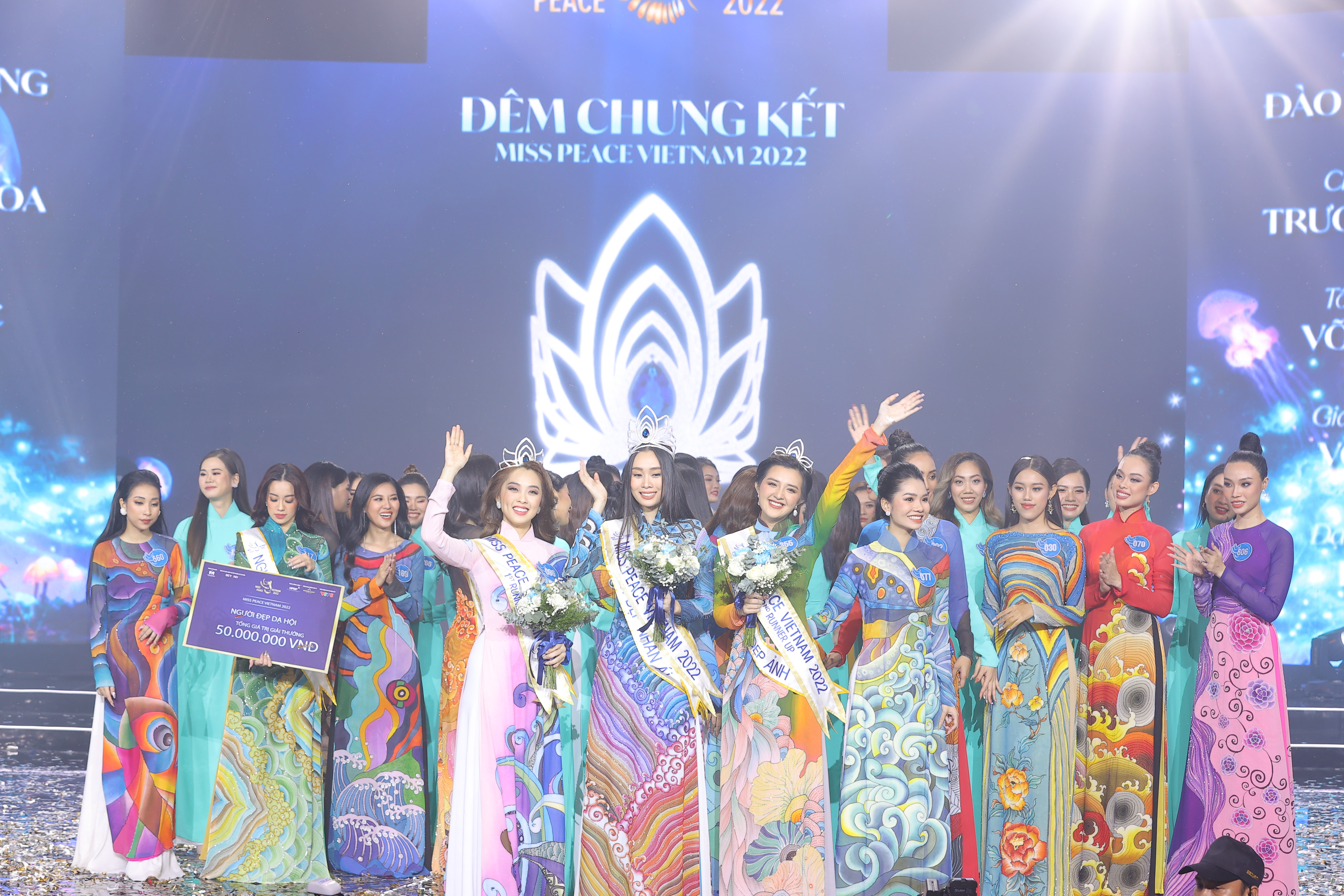 The 48 contestants proved themselves in an introduction contest and donned evening gowns and Vietnamese traditional ‘ao dai’ to compete for the top five spots.

In the ‘ao dai’ showcase, the beauties wore designs in a collection named ‘Blue Ocean’ by designer Mai Thanh Duy that had blue as the main color and combined delicate motifs in harmony with the contest’s theme of protecting the marine environment and sea ecosystem.

The top three were then asked one last question: “Why are environmental protection and nature conservation relevant to peace?”

With outstanding performances throughout the competition, Mai was announced as the winner of the Miss Peace Vietnam 2022 title and awarded a prize worth VND1 billion (US$42,500).