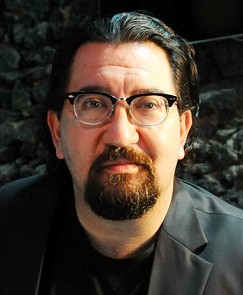 Besra has invested more than US$115 million in Phuoc Son Co Ltd, so the group must never give up the game in Vietnam, Darin said.

The group must continue its work to recover our investment, he added. Darin made the statement a day after hundreds of people, including traders and contractors, surrounded Phuoc Son on Thursday, requesting the company pay its outstanding debts.

Confronting the situation, Pham Quang Ngu, Phuoc Son’s deputy general director, assured its creditors that the company will pay its debts totaling over VND220 billion (US$10.38 million), of which more than VND30 billion is trade payables and the rest is natural resource tax arrears.

When asked why Besra has fallen into heavy debt, Darin partly blamed the sharp reduction of world gold prices, which fell from $1,500 per ounce in January 1, 2013 to around $1,200 per ounce at present.

In 2003, Phuoc Son paid natural resources taxes at a rate of 6 percent of profit. The rate increased to 9 percent a year later, but in January 2010, the tax was levied on sales, not on profit, at a rate of 15 percent.

He also said Besra has reported to the Vietnamese Government regarding its assets in these two companies.

After the besiege that occurred on Thursday, we have worked with Quang An and small vendors regarding how Phuoc Son can make debt payments to them, Darin said.

Accordingly, Besra suggested they pay Quang An VND1.5 billion ($72,000) per month and VND1 billion for all venders per month, but all of the creditors did not agree.

Therefore, today, December 30, Phuoc Son will continue negotiating with its creditor about the debt payment, he said.

Regarding the tax debt, the group has proposed that the provincial government allow Phuoc Son to make payments by installments and local authorities are considering the proposal, Darin said.