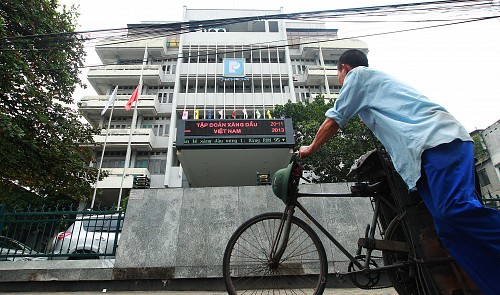 Things are too cheap in Vietnam: American expat

HANOI – Every few months I have reason to visit a small photocopy shop in the Tay Ho neighborhood, a haven for affluent expats. There are usually two people on the job, one of whom will help me print something out from my laptop, or simply make copies of documents like passports and visas.

Not exactly a computer wiz, I sometimes need a bit of help. The other day the young clerk with very limited English spent a few minutes helping me. When I asked for the price, he said what sounded like “Thirty.”

Thirty thousand dong? For two seconds I was stunned – then realized he didn’t mean what I had heard. I handed him a 5,000 dong note and he gave me 2,000 in change. So it cost me less than 15 cents. For a larger job, the cost per copy would have gone down.

Once again I left wondering how this shop stays in business. I rarely see other customers. Whatever revenue it earns has to cover salaries, equipment, maintenance, paper, electricity and probably rent as well. Just another of the many mysteries of Vietnam’s “emerging economy,” as the wonks put it.

That Vietnam has a low cost of living is not exactly news. It’s all relative, of course. Well-traveled foreigners find it quite affordable, but the Vietnamese don’t – except, presumably, for the wealthiest cadres who might ride around in Rolls Royces and Bentleys. While the denizens at Vincom’s new shopping malls reflect the rising prosperity of the middle-class, it’s been less than four years since the World Bank re-classified Vietnam from “low income” to “middle income” status – if just barely. Conspicuous consumption is the exception, not the rule. More conspicuous are the thousands of women who eke out a living shouldering their yoke-like ganhs carrying fruit or other goods for sale.

Strange, but the first Vietnamese phrase I learned was “Dat qua!” This means “too expensive!” Before my first visit to Vietnam in 1999, the woman who would become my wife instructed me to say this, with an emphatic expression and gestures, whenever a merchant quoted me a price. She figured I’d get fleeced at every turn. Haggling was essential, and I still use the phrase from time to time. I am usually rewarded with a smile, a laugh, and a modest discount.

I’m wary of rip-offs, and I know expats who complain about “the white guy price.” But more often I find myself puzzling over why so much of life in Vietnam is inexpensive. (Am I tempted to blurt out, “Khong dat qua!” and offer to pay more?  Heck no.)

Lunch is a case in point. The other day I stopped at a typical storefront eatery specializing in bun bo Hue [beef noodles served the way cooks in the central city of Hue do], opting for the heftier 40,000 version. I’m guessing the extra 10,000 was for the extra helping of gelatinous blocks of boiled blood. Forty thousand VND is less than $2. At a Vietnamese greasy spoon in California that same bowl might cost $5 or $6 – or $8 in a more upscale restaurant. And while I’d be expected to leave a 15% tip back home, here the expectation is zero.

There is no culture of tipping in Vietnam, but expats like to say there is also not much service. This strikes me as harsh. There can be crappy service anywhere, and when I call out “Em oi” here with a request I’m rarely disappointed. This is true of my favorite neighborhood bistro. It offers a wide menu but I usually opt for pho ga [noodle soup with chicken] or bun ca nam bo [vermicelli soup with fish prepared in the southern style]. Its prices are a notch up from street food, but for 30,000 to 45,000 dong I also get a pleasant open-air ambience under a thatched roof or a patio festooned with umbrellas. Electric fans may add to the comfort, as does the complimentary iced tea. Business at this place has been so brisk lately, with both expats and locals, that I fear they will increase their prices. That’s what would happen in most overtly capitalist societies, where the pricing ethos is to “charge what the market will bear” – to find that sweet spot that maximizes profit. Vietnamese seem to have a different approach to determining a “fair” price. Another notion that seems foreign to the Vietnamese is one of Benjamin Franklin’s aphorisms: “Time is money.” When’s the last time you told a cabbie here to wait and keep the meter running?

Motorcycle repairs, in my experience, have also been cheaper-than-expected – though I might be fortunate. I’ve also had good luck with laptop repairs. What else? Bia hoi [fresh beer] is cheaper than bottled water. Tailors tend to be reasonable, and so do movers of things large and small. Picture framing, I’m told, is strikingly inexpensive.

Why is Vietnam’s economy the way it is? One theory is that the Vietnamese have been slow to shed their old spirit a full generation after authorities introduced Doi Moi [Renovation] reforms to gradually move to a market-oriented economy. But doesn’t this put the load below the motorbike? Vietnam’s embrace of its ideology emerged amid the clash between the exploitive values of Western colonials and the humbler values rooted in 4,000 years of village life, enhanced with the teachings of Buddha and Confucius.

Occasionally I visit temples and marvel and wonder why altars are often decorated with little pyramids formed from cans of Coca-Cola and Heineken. I also puzzle over Vietnamese who spend hard-earned money to buy a stack of fake $100 notes that bear the image of none other than Ben Franklin. These bogus “Benjamins,” to use American street slang, are burnt as offerings to ancestors. So if “time is money,” my Western brain wonders what to make of the Benjamins going up in smoke.