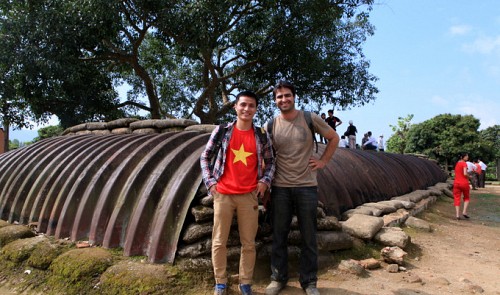 The Asian Development Bank and the State Bank of Vietnam signed Tuesday a US$50 million loan agreement to upgrade the latter’s tourism infrastructure.

The credit is also intended to boost tourist spending and create more jobs in the industry for poor and ethnic minority communities in the Southeast Asian country, the ADB said on its website.

“A core goal of this project is to promote inclusive economic growth by creating income-generating opportunities to benefit poor and ethnic minorities, women in particular.”

The ADB-funded project aims to boost tourism competitiveness in Dien Bien, Ha Tinh, Kien Giang, Lao Cai and Tay Ninh, which are the five provinces situated within the Greater Mekong Subregion economic corridors, according to ADB.

Forty-five kilometers of rural roads in these localities will be upgraded, thus opening access to tourist attractions in under-developed areas with large ethnic minority populations.

More than 30,000 people will benefit from better access to markets and social services, while environmental conditions at tourist sites will be improved, the Manila-based bank said.

These changes are expected to lift annual tourism revenue of these provinces to $480 million by 2019, up from $190 million in 2012, helping to create 85,000 additional tourism-related jobs, about 60 percent of which will go to women.

In 2013, Vietnam received more than 7.5 million international tourists, a 10.6 percent increase from 2012, according to ADB, which said tourism plays an increasingly important role in the country’s economy.

ADB is dedicated to reducing poverty in Asia and the Pacific through inclusive economic growth, environmentally sustainable growth and regional integration.