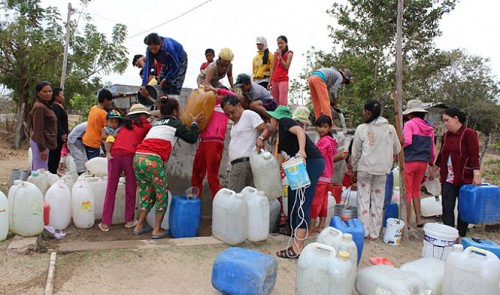 Residents in several provinces in central and southern Vietnam have been on edge for the past month over the potentially huge damage to their crops caused by a severe, prolonged drought.'

Though it is only the onset of the dry season, farmers in such provinces as Ninh Thuan and Khanh Hoa in the south-central region, Dak Lak in the Central Highalnds, and Binh Phuoc in the south have fretted over the alarming drought which began around one month ago and has shown no signs of abating.

They are desperately seeking water sources to irrigate their withering crop fields and quench their own and their cattle’s thirst.