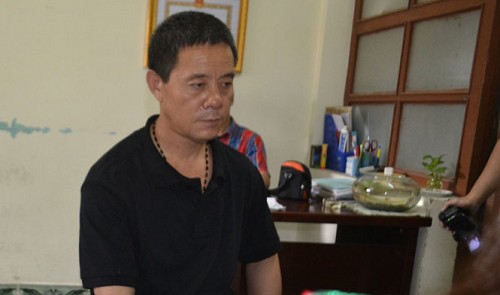 Chinese man steals over $17,000 from passenger on Saigon-Da Nang flight

A Chinese man has been transferred to police officers after he was discovered stealing over US$17,000 from a passenger onboard a plane landing at an airport in central Vietnam on Thursday.

Aviation security officers at Da Nang International Airport handed over Wang Qingjian and more than VND400 million ($17,588) in cash to police in Da Nang City in the morning.

A Vietnamese passenger, Ngo Ngoc Thuan, told aviation security officers at 7:00 am on Thursday that Wang had stolen the cash from him after their flight, coded VN 104, landed at the Da Nang airport following a journey from Ho Chi Minh City.

Officers verified the report and quickly captured the Chinese man when he was running toward the public area of the airport.

They kept all the related documents and asked those involved to come to their office.

Thuan confirmed the Chinese man had stolen the cash from him.

Nguyen Thi Truc Giang, a witness, said that she had seen Wang rummaging through Thuan’s bag while aboard the plane and stealing the money.

Police decided to return the cash to Thuan following a verification process.

On November 17, another Chinese national, Yang Yong, was found searching the bag of N.T.H. when their flight, VN 164, was about to leave Da Nang for Hanoi

The bag contained two Sony cameras and an envelope with VND5 million ($220) inside.

Yong was caught in the act by other passengers and security guards swiftly escorted the Chinese to airport operators’ office for handling.

On November 14, the cabin crew of the flight VN 110 bound for Da Nang from Ho Chi Minh City discovered Wang Ji Cheng, a Chinese citizen, rummaging through another passenger’s bag.

The passenger then realized VND15.5 million ($681) had disappeared from his bag. The cash was later found in the toilet of the airport.