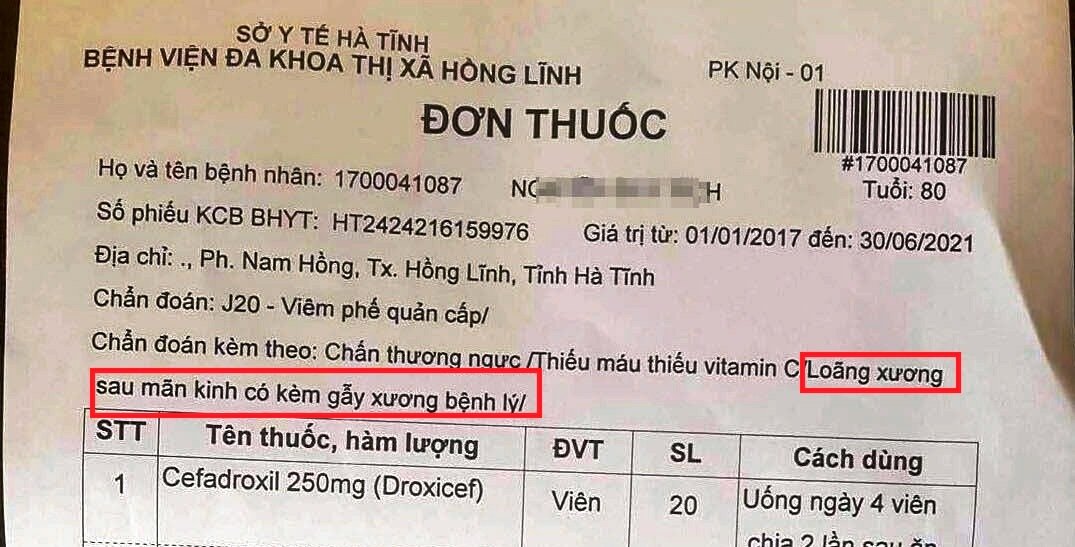 An 80-year-old Vietnamese man had no idea he had reached the ‘menopause’ until he visited a hospital in his hometown in the north-central province of Ha Tinh with a sore chest earlier this week.

On Wednesday, feeling ache in his chest, the 80-year-old decided to get his health check at the town’s general hospital, where he was diagnosed with having osteoporosis, or weak bones, due to ‘menopause,’ meaning his ‘menstrual periods’ had stopped permanently.

According to the man’s account of the weird health check, after getting his X-ray, he was told that one of his ribs had fractured.

The man then brought his X-ray results to the hospital’s pharmacy to have the medication prescribed.

At the pharmacy, Dr. Nguyen Viet Ha wrote in the prescription that the man has “postmenopausal osteoporosis.”

Nguyen Thai Lam, director of the hospital, responded to the incident by saying that the writing was copied from previous prescription without being modified appropriately.

“It is unknown if the nurse or the doctor was at fault,” Lam said.

“However, the doctor has to bear responsibility for the wrong information as it was him who signed the prescription.”