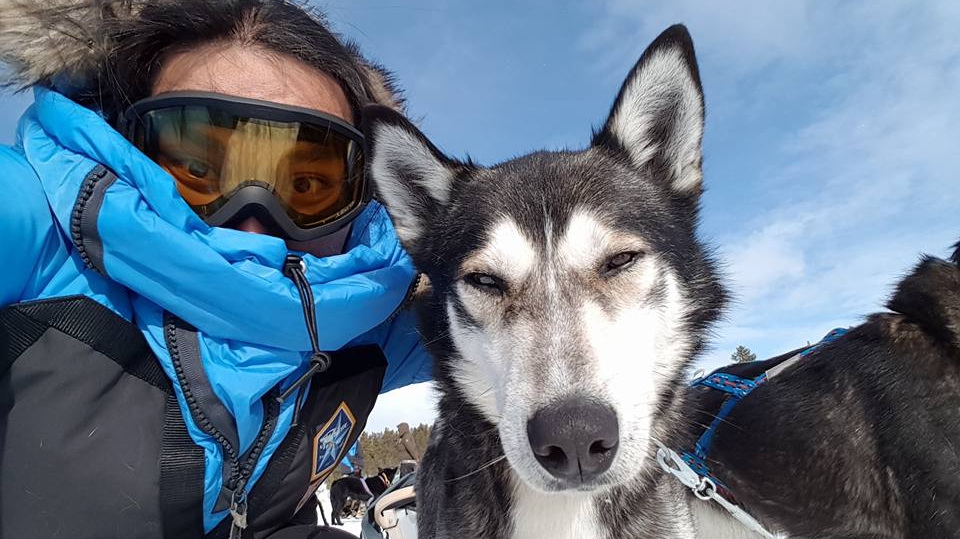 The only Vietnamese member of a multinational team of adventure-seekers who went on a sled trip across the Scandinavian Arctic in April has recalled the experience and shared it with Tuoi Tre (Youth) newspaper.

Hoang Le Giang, 28, made local headlines late last year when he registered for the Fjällräven Polar voting contest, a competition that would award the winner an adventure to the Arctic.

Giang came out on top in the contest thanks to the tremendous support from his fellow countrymen, as well as his impressive résumé as an experienced trekker with seven climbs in the Himalayas under his belt, having traveled to 30 different countries.

Winning the contest gave Giang the once-in-a-lifetime chance to join 27 other adventurers from 15 different countries on a 300-kilometer sled trip across the Scandinavian Arctic, which lasted from April 3 to 8.

According to Giang, traveling to one of the coldest places on Earth for nearly a week meant bracing oneself for the considerable temperature difference of up to 60 degrees Celsius between Ho Chi Minh City and the Lyngen Alps in northern Norway.

Conquering the Arctic was an incredible experience but by no means an easy one, as Giang found out right from the start of his trip.

To protect themselves from the freezing cold, each member of the team was equipped with special gear and clothing designed to withstand even the most extreme cold weather.

Despite being covered in a Polar Parka, a goose down-filled hooded coat that could shelter wearers from extremely cold climate, Giang said the piece of clothing was no match for the -30oC cold in the mountain range.

It only took a while after setting off for the adventurers to begin feeling numb on their hands and faces, and skin cracks were soon to appear, Giang recalled.

Flakes of dry skin would come off from the participants’ faces from exposure to the cold and sun, and some could not even move their hands to put on protective gloves, he said.

To travel across the snow-filled terrain, the only possible means of transport was dog-drawn sleds.

Each member of the team had to learn to control the sled on the spot to go for up to five hours on end between checkpoints.

When crossing areas where the snow was too weak to support the weight of the sleds, the team would have to push them manually.

Making it through the challenges was not good enough, Giang recalled, as one would need to be able to care for the others in the event of accidents, as well as for their dogs.

According to Giang, one of the most unforgettable experiences he got from the trip was the chance to witness the northern lights.

Stretches of green and white lights appeared as if they were dancing in the arctic sky before disappearing again in the awe of the adventurers.

The natural light display is produced by interaction between the Earth’s magnetic field and the solar wind, resulting in the ionization and excitation of atmospheric constituents that emit light of varying colors and complexity.

Although the lights lasted only for a brief moment, Giang considered himself lucky for having the chance to see the rare display with his own eyes.

There were not many beautiful landscapes to be seen in the Arctic, he concluded, but what the place had in store for adventurers were the greatness of nature and a test on the limits of humans.